Tim Martin’s pub chain saw shares jump nearly 10%, taking the value of his stake in the group to £531 million. 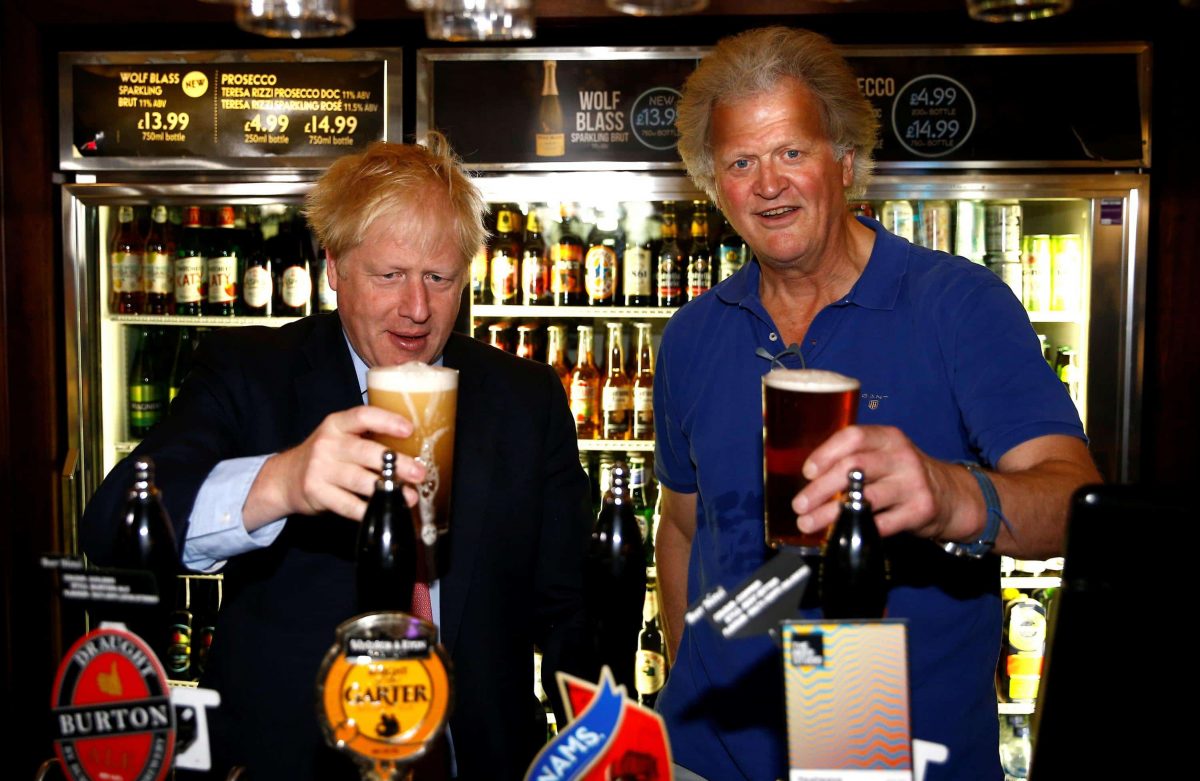 He may have thrown his support behind Nigel Farage and the Brexit Party, who failed to win a single seat at the General Election, but Wetherspoons boss Tim Martin was £44 million richer on Friday.

With the stock market soaring following the result, shares in Wetherspoons jumped nearly 10% by lunchtime on Friday, meaning Mr Martin’s 32% stake is now worth £531 million.

On Thursday night it was worth £487 million, meaning – on paper at least – the outspoken Brexiteer saw his fortune jump by £44 million.

Mr Martin has been one of the few business leaders to speak in support of Brexit – putting him at odds with the majority of other companies, who continue to warn that the new government must provide clarity on the future relationship with the EU.

Using his Wetherspoons magazine to put forward his case for Brexit, the pub group also spent £94,856 on Brexit beer mats and other publications.

The boss also vowed to remove EU drinks from menus – although favourite tipples including Guinness from Ireland and Prosecco from Italy are expected to stay.

Earlier this week, Wetherspoons also announced plans to invest more than £200 million in pubs and hotels over the next four years, creating around 10,000 jobs.

New pubs and hotels will be opened, and existing pubs across the UK and Republic of Ireland will be enlarged.

Most of the investment will be channelled into developments in small and medium-sized towns, but will also include larger towns and cities.