Oprah Winfrey was left open-mouthed when Meghan and Harry recounted that a family member – not the Queen or Duke of Edinburgh – had raised concerns about how dark their unborn son Archie’s skin tone might be. 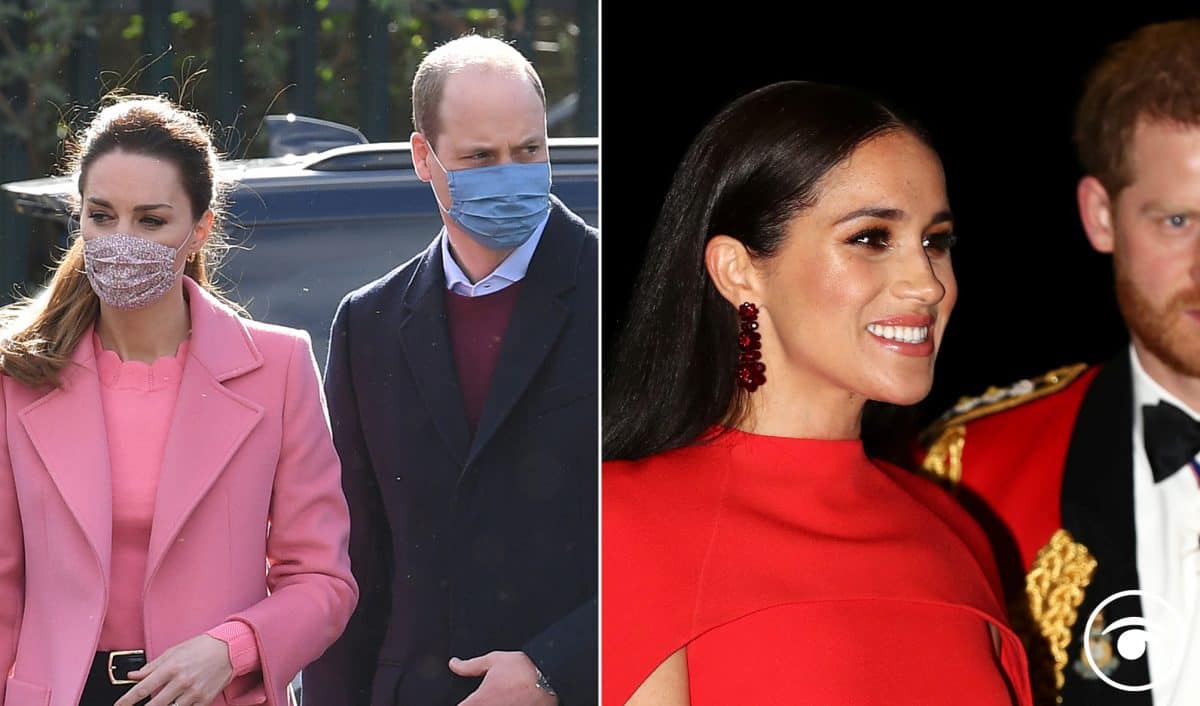 The Duke of Cambridge has defended the monarchy against accusations of racism made by the Duke and Duchess of Sussex, saying “We’re very much not a racist family”.

William made the comment during his first public appearance since highly damaging claims of bigotry and a lack of support were levelled at the royal family by Harry and Meghan in their interview with US chat show host Oprah Winfrey.

He and the Duchess of Cambridge toured School21 in Stratford, east London, to mark the return of children to classes this week and the rollout to secondary schools of a mental health project Kate launched in primary schools in 2018.

As William left, a reporter asked him: “Is the royal family a racist family, sir?”

The duke, with the duchess by his side, replied: “We’re very much not a racist family.”

The reporter asked whether there has been any communication between the royal brothers, whose relationship is known to have been troubled in the past.

He asked William: “Sir, have you spoken to your brother since the interview?”, and the duke replied: “No, I haven’t spoken to him yet, but I will do.”

According to the Finding Freedom biography, the rift between Harry and William stretched back to before the wedding when Harry was angered by what he perceived as his brother’s “snobbish” attitude to Meghan, after William questioned whether he should rush into things with the ex-Suits star.

But the Oprah interview has laid bare the depths of the Sussexes’ struggles within the royal family, with Harry saying he felt “let down” by the Prince of Wales, and Meghan accusing Kate of making her cry.

Following the Queen’s Sandringham summit in January, which was called to solve the Megxit debacle, William and Harry reportedly stopped speaking for two months.

Broadcaster Tom Bradby, a friend of the Sussexes who interviewed them for a documentary about their Africa tour, wrote about the rift: “The fallout began at the time of the wedding in 2018.

“The atmosphere soured hard and early, but few meaningful attempts were made by anyone to heal the wounds.”

He added: “There is no doubt Harry and Meghan feel they have been driven out.”

William’s comments are the first public statement by a member of the royal family about the allegations made by the Sussexes which have severely damaged the reputation of the monarchy.

Winfrey was left open-mouthed when Meghan and Harry recounted that a family member – not the Queen or Duke of Edinburgh – had raised concerns about how dark their unborn son Archie’s skin tone might be.

There has been much speculation about which member of the royal family they were accusing of racism.

But during the interview the couple would not be drawn on who had deeply offended them.