Watch: Woman’s response about next Tory leader might speak for you?

"That first woman speaks for the entire UK - we need a General Election now," said one person after watching the clip. 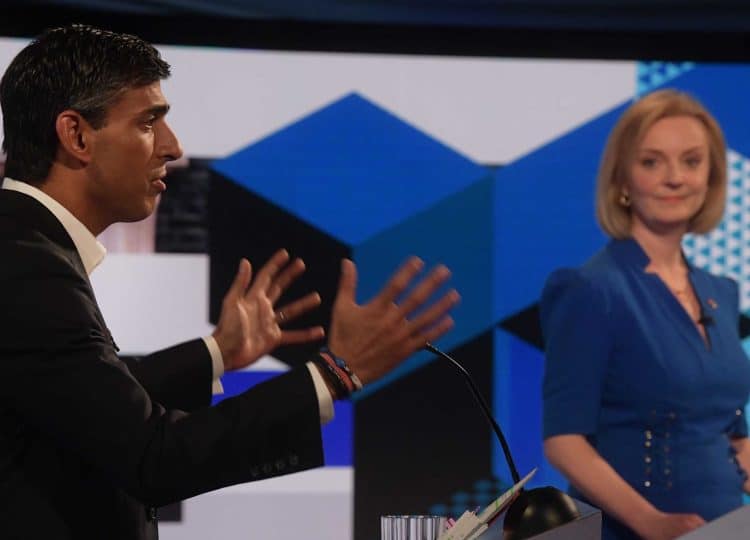 Rishi Sunak launched a fresh attack on Liz Truss’s plans for tax cuts ahead of the pair’s next debate in their quest to become prime minister.

The former chancellor said his Foreign Secretary rival in the Tory leadership race would further drive up interest rates, raising mortgage payments, with her plans.

His warning came as the Bank of England was forecast to raise interest rates to the highest level in nearly three decades on Thursday, from 1.25% to 1.75%.

A Bank of England announcement is scheduled for midday, with experts warning that inflation could peak at 15%, adding to the already painful cost-of-living crisis with spiralling prices.

As the squabbling continues STV took a little stroll through the streets of Glasgow to see what people made of the two people battling to become PM.

One woman’s response was epic.

The woman, who featured first in the segment was shown pictures of Sunak and Truss and asked if she knew who they were. “Yes, sadly I do.”

When she was then asked to compare them to outgoing PM Boris Johnson, she responds, and it’s not good for the Tories: “Oh god! I don’t want to talk about any of these disgusting people anymore. They’ve done so much damage to this country and to my family and I’m in despair.

People piled in to add their thoughts on the two candidates: