The comments may stick in the craw of those caught up in the chaos at Dover a few weeks ago. 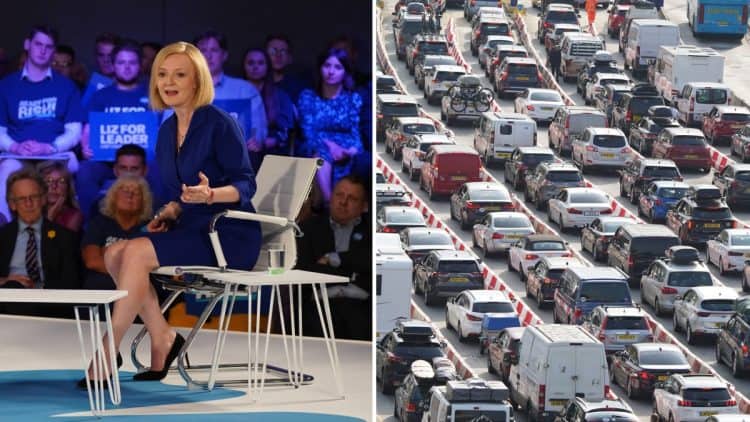 Liz Truss said she changed her mind on Brexit when she realised the split had not caused any disruption.

The Conservative leadership contender was speaking in the latest hustings as she battles it out with the Leave candidate, Rishi Sunak.

Truss, who backed Remain in 2016, has since been trying to distance herself from the decision in order to woo Tory members, who will soon decide who to make the next prime minister.

Speaking in Cardiff on Wednesday, she said: “On the subject of the remain vote … yes, I was unsure at the time. I was pretty much on the fence.

“I’ve always said that if we weren’t part of the European Union, I wouldn’t want to join it.

“But I was concerned about some of the disruption. The fact is that disruption didn’t happen.”

The comments may stick in the craw of those caught up in the chaos at Dover a few weeks ago, and the many businesses that have suffered due to new restrictions.

Holidaymakers faced chaos on gridlocked roads on the British side of the border at the start of the summer holidays.

A “critical incident” was declared by the port due to the queues, with tourists urged to consider staying away.

Elsewhere, the Institute of Directors and the West Midlands’ Tory mayor Andy Street have cited the UK’s relationship with Europe as a major impediment to business confidence and performance, resulting in suppressed growth.