As he battled to defend himself Mr Johnson claimed Sir Keir “used his time prosecuting journalists and failing to prosecute Jimmy Savile”. 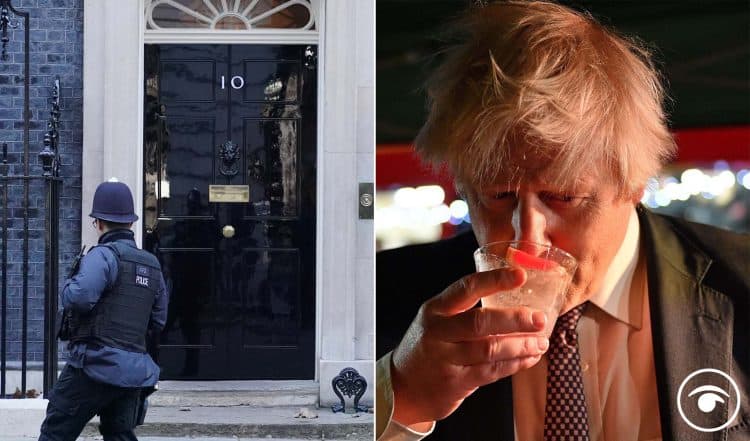 Ignore everyone else as this woman’s reaction to the Sue Gray report must speak for us all?

In the Commons on Monday, as he battled to defend himself from the partygate row, Mr Johnson claimed Sir Keir “used his time prosecuting journalists and failing to prosecute Jimmy Savile”.

Mr Raab told BBC Radio 4’s Today: “This is the cut and thrust of Parliamentary debate and exchanges.”

He said he could not substantiate the claim, adding: “I’m certainly not repeating it, I don’t have the facts.”

Mr Smith, a former chief whip, said: “The smear made against Keir Starmer relating to Jimmy Savile yesterday is wrong and cannot be defended. It should be withdrawn.

“False and baseless personal slurs are dangerous, corrode trust and can’t just be accepted as part of the cut and thrust of parliamentary debate.”

It come as former Conservative Party leader William Hague has said the Prime Minister “should be very worried” and criticised his apology to the House of Commons.

He said Boris Johnson had the opportunity to propose real change in response to Sue Gray’s report and squandered it.

Writing in The Times, Mr Hague said the PM had plenty of time to craft a comprehensive and substantial response which gave his critics “pause for thought” but instead “decided to do the minimum”.

“The Prime Minister could have got on the front foot, advancing his position on a broader front of ensuring integrity in government,” he said.

Ignoring the politicians’ and journalists’ opinions, does this woman’s reaction to the report speak for you?

And it is always worth revisiting this classic!