"I can’t imagine there are many circumstances in which Nadine Dorries would defend me, but I’m absolutely certain that there are none in which I’d want her to." 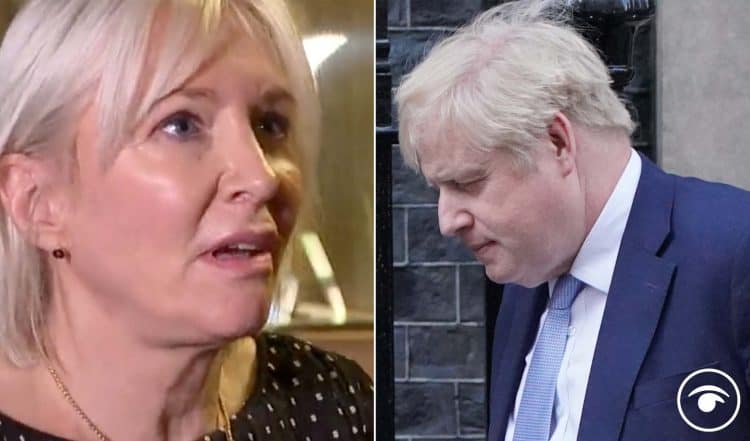 She, let’s say was a bit ‘unsteady,’ as she gobbed off to various news channels.

Dorries spoke to BBC News, Sky News and Channel 4 News and it was the gift that kept giving.

She was attempting to defend Boris Johnson, after his awful speech to the House yesterday evening.

Johnson, while trying to save himself, accused Sir Keir Starmer of failing to prosecute disgraced entertainer Jimmy Savile when he was head of the Crown Prosecution Service (CPS).

This isn’t true and Starmer isn’t happy about it, as you can see from this clip.

Anyway back to Nadine.

Krishnan Guru-Murthy asked Dorries about the “fake news” perpetuated by Johnson about the Labour leader and describing the claims as an “old meme repeated by conspiracy theorists”, the minister said “the prime minister tells the truth”.

She then insisted that: ‘I don’t know the details.’

Then onto Sky News, on her magical mystery tour of cringe.

Dorries described a Sky News story on the report as “pure fiction and guesswork”.

“I would like to just deal with the facts if that’s ok,” she said, before telling the reporter that the Sue Gray report had “some quite useful, accurate, observations and recommendations”.

And she wasn’t finished yet, time for the BBC, a broadcaster she would like to see the back of.

Dorries claimed that the people criticising the PM over the report were the same people who had hit out at his leadership since before he was even elected leader of the Conservative party.

Quite a night for Dorries, you would agree?