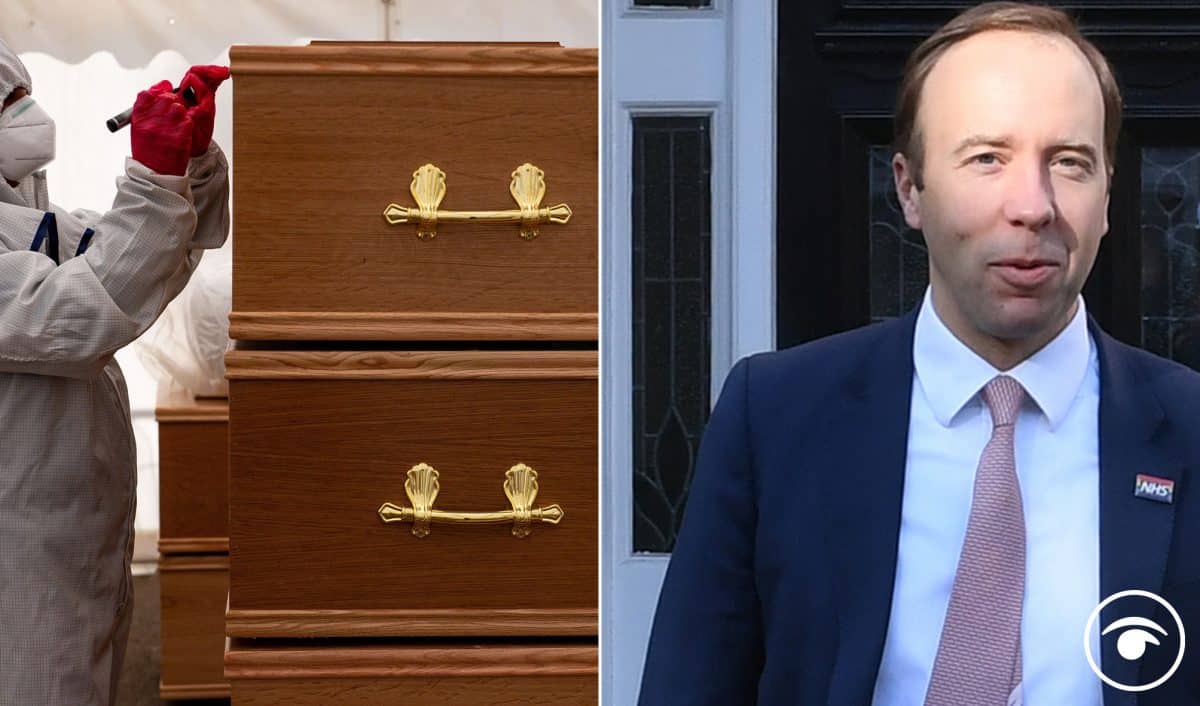 Colleagues of Matt Hancock have flocked to his defence as the Health Secretary came under sustained pressure from the social care industry over the decision to discharge people from hospital into care homes at the start of the pandemic without a coronavirus test.

The head of the UK’s largest charity care home provider said on Friday that the move had been like “putting a live explosive in a box of tinder”.

Sam Monaghan, chief executive of MHA, told Times Radio: “Obviously you had the pressure from the NHS, which we quite understood in terms of real concerns about them being overwhelmed.

“But there’s no way that you can take people into care homes who aren’t tested – it is like putting kind of a live explosive into a box of tinder.”

But Business Secretary Kwasi Kwarteng stressed the “difficult situation” Mr Hancock was in while tackling the pandemic.

He told Sky News: “I think what Matt stressed very carefully yesterday was that he was absolutely focused, right from the start of the pandemic, on saving people’s lives.

“He was in a difficult situation as the Health Secretary, in a pandemic, the like of which we hadn’t seen for 100 years. He was under huge pressure.

“And as a Cabinet colleague, I know that he worked really hard and very few people – if anyone – worked as hard as he did and he was very committed to saving lives. Now, he said what he said, I fully believe him but we’ll have an inquiry and that will iron out all these facts.”

Kwarteng said it was “very easy with hindsight” to say where things could have been improved.

“I completely understand the anger and frustration about care homes, because a large number of people died, and it was a terrible situation,” he told BBC Radio 4’s Today programme. “I think what Mr Hancock said was very clear. He’s always maintained that he wanted to build up the testing capacity. I think he was largely successful in that.”

Asked why people were discharged if there was insufficient testing capacity, he replied: “They were protected as far as we could. We were absolutely focused at that time on saving as many lives as possible. Nobody worked harder in government than Matt Hancock to do that.”

'When did you become aware that people were being released into care homes without being tested?'@KwasiKwarteng says he wasn't a cabinet minister at the time Dominic Cummings' was referring to.

He says he has seen 'rigorous attention to detail to the scientific evidence.' pic.twitter.com/qpOnYUIoix