James Fletcher told LBC that Cummings is "about getting things he cares about done", not political allegiances. 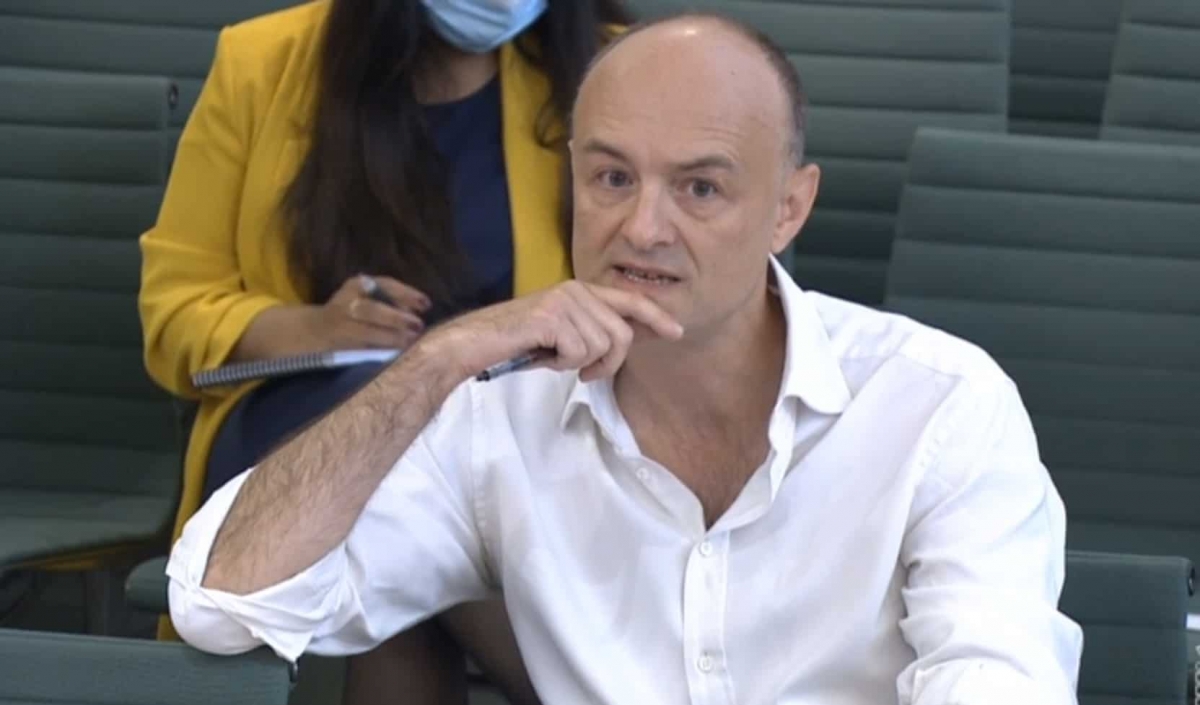 Dominic Cummings, former Chief Adviser to Prime Minister Boris Johnson, giving evidence to a joint inquiry of the Commons Health and Social Care and Science and Technology Committees on the subject of Coronavirus: lessons learnt. Picture date: Wednesday May 26, 2021.

A close friend of Dominic Cummings has claimed he “wouldn’t put it past” Boris Johnson’s former chief adviser to go and work for the Labour party.

Speaking on LBC, James Fletcher said: “You can’t tempt him with a lot of the temptations that people in Westminster fall into line to protect. I honestly imagine he’ll go back to his study – he’ll carry on studying, which is his past-time. Things will come along, they may or may not, but he isn’t propelled by the same desires as other people, which does strike at the core of who he is.

“At the moment – this is the thing he’s focussing on and this is where his focus will remain. And I’m going to say that he will see this through to the end, to make sure he’s prosecuted his argument as best as possible with respect for Covid.”

Asked whether Cummings would ever “go and work for the other side” if they indicated a willingness to adopt “his agenda”, Fletcher said: “He’s not a Tory. To the best of my knowledge he’s not a member of the Conservative party, so I don’t see why he wouldn’t.

Meanwhile, Matt Hancock condemned “unsubstantiated” attacks Dominic Cummings as he fought to save his career over claims he lied to the prime minister about coronavirus plans.

The health secretary faced a day of questions from MPs and the media over whether he falsely told Boris Johnson that patients would be tested before they were discharged from hospitals to care homes at the start of the pandemic.

In the Commons, Hancock said the allegations levelled against him by Cummings were “not true” – and he later told a Downing Street press conference that the commitment he had given was to build the capacity to be able to test patients before discharge.

“I committed to getting the policy in place, but it took time to build the testing,” he said. “We didn’t start with a big testing system in the UK and then we built that testing system.”

When pressed if he had told the prime minister and Cummings in March 2020 that patients being discharged would all be tested, Hancock said: “My recollection of events is that I committed to delivering that testing for people going from hospital into care homes when we could do it.”

Cummings, who was Johnson’s right-hand man in No 10, accused Hancock of repeatedly lying, being disastrously incompetent and claimed he should have been fired on multiple occasions during the course of the pandemic.

Related: ‘Matt Hancock is not telling the truth’: Reactions as health secretary responds to testing allegations