Jackie Weaver has the Authority! 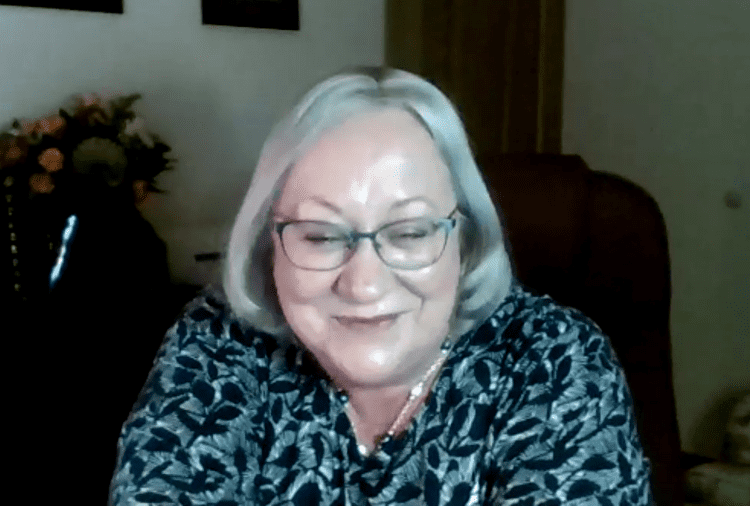 British viral sensation Jackie Weaver said her time in the spotlight “continues to feel like something that will not be here tomorrow”, as she reflected on a “weird” 2021.

The 63-year-old took the internet by storm in February when footage of Handforth Parish Council’s heated Zoom meeting showed her booting out two troublesome council members and being famously told “you have no authority here”.

Ms Weaver said she does not consider herself a celebrity but has since released a book, been a frequent guest on television shows – including Channel 4’s Big Fat Quiz of the Year 2021 – and interviewed her Strictly Come Dancing “hero” Anton Du Beke for her podcast: Jackie Weaver has the Authority.

More than 10 months since she trended on Twitter and became one of the most popular memes of the year, Ms Weaver revealed she did not realise the meeting’s comedic potential at the time.

“It felt like a game of chess,” Ms Weaver told the PA news agency, explaining she was “very much aware” of the difficult characters sitting on Handforth’s Parish Council.

Of the aftermath, she said: “I had a colleague of mine on the Thursday night send me a text message which said, ‘you’re trending number three in the country!’ and I had absolutely no idea what they were talking about.

“Believe me: in my whole life, I’ve never done anything interesting – so the idea that the world is slightly interested (was) weird… it continues to feel like something that will not be here tomorrow.”

Ms Weaver has balanced her appearances as an internet star with the day job that landed her a spot at the infamous Zoom meeting, chief officer at Cheshire Association of Local Councils.

“I think the most shallow thing in the world would be to meet people and say, ‘Hello, I’m Jackie Weaver. That is what I do.’”

And despite committing to a double life, Ms Weaver has acclimatised to life in the spotlight – learning from the year she has spent with presenters and comedians.

“I’m beginning to understand a little better the world of celebrity… some are incredibly kind. Richard (Madeley), Jimmy Carr was lovely, he treated me very nicely,” she said.

“I actually now have a camera smile. Relax your face, and then go back into it – don’t try and hold it.”

She confessed there was one occasion she considered herself star-struck – and why it rules out a future for Ms Weaver on BBC One’s Strictly Come Dancing.

“The only one I was really pleased to see was Anton (Du Beke) because I’ve followed him on Strictly,” she said.

“He did my podcast with me and I remember saying to him, ‘I promise you now – I will not say yes to Strictly because I really want you to win, and I can guarantee you’d be the one partnered with me!’”

But the viral star would consider a stint in I’m A Celebrity’s Gwrych Castle as long as no frogs were involved, as she has an “absolute phobia” of the amphibians.

Her busy year has even included a book deal, as the now-published author revealed the inspiration behind You Do Have the Authority Here!, released in October.

“I suppose I describe it as the kind of thing that you wish your mother had said to you – and if she did say it to you, you wish you’d listened,” she said.

Planning ahead for 2022, Ms Weaver described her work with the Federation of Small Businesses as “really worthwhile”.

“I want to help build those relationships (and) you can tell with the parish councils and the small businesses in their area that is really worth doing,” she said.

“My diary is filling up next year, so book early to avoid disappointment.”

And aside from her interest in “common sense” and local politics, Ms Weaver does make time for her hobbies.

“I’m passionate about my nails, I try and do them every week. I love doing stuff with paper, I love creating cards and albums, I also knit and sew,” she said.

Ms Weaver posts pictures of her decorated nails to more than 34,000 Twitter followers.

“Every now and then someone on Twitter says something like, ‘why the hell would anyone be interested in you?’ and I always reply, ‘Because I’m fabulous’,” she added.

Related: ‘Does Jackie Weaver have any authority?’ Alexa responds to questions about the viral council row