From the newsletter: Keir Starmer is both "devoid of ideas" and ahead in the polls. Do "ideas" matter? 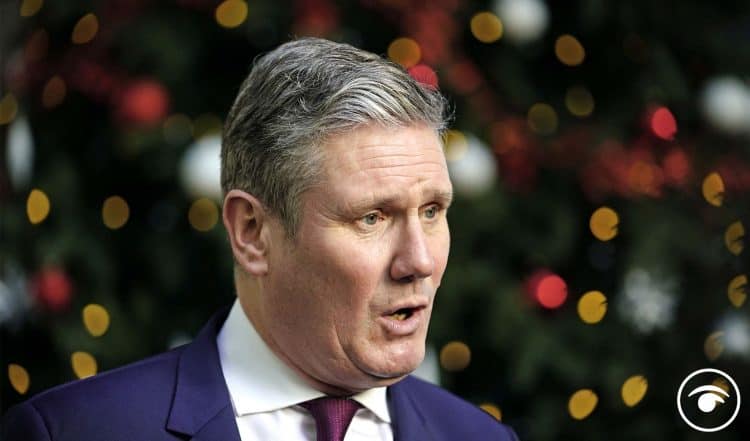 Good morning. Still we channel Vladimir and Estragon as Sue Gray gainfully dots her i’s and crosses her t’s. As we await the verdict of a civil servant who has transformed in a matter of weeks from faceless mandarin to omnipotent deliverer, now seems a good time to peer across the floor and check in with the Labour Party. A couple of things happened this week that are worthy of comment.

The first: Laura Pidcock – the former MP for North West Durham, who lost her seat in 2019 – resigned from the party’s National Executive Committee in an 800-word blaze of glory. Pidcock, long-considered a rising star on the left, quit the day after the NEC had defeated a motion to restore the Labour whip to Jeremy Corbyn. That setback evidently played some part in Pidcock’s decision. But more interesting were her comments on what has become of Labour under Keir Starmer. She hit out at the party’s “lack of vision” and said the leadership is “devoid of ideas”. The “summit of their ideas”, Pidcock wrote, “are just small tweaks to the status quo”.

The second is the arrival of an Ipsos poll which gives Labour a nine point lead. Sir Keir – despite making, in Pidcock’s words, the party “hostile territory for socialists” – is sitting comfortably on 40 per cent; Boris Johnson’s scandal-mired Conservatives languish on 31 per cent. It begs the question: do “ideas” matter? If you look at one recent high-profile case study – Christian Wakeford’s defection to Labour – the answer would seem to be a resounding no. Here is a politician who has nothing in common with his new stablemates, who has voted and campaigned against them and slagged them off time and time again. But he had no issues crossing the floor regardless, not out of any newfound political revelation or reinvention.

Wakeford’s first act as a Labour MP was to declare that he remains “a moderate and centrist… just wearing a different rosette”. That, in a nutshell, seems to be the Starmer gamble. Sir Keir is wagering that we, the public, don’t really want ideas. They don’t excite us. We want theatre and pageantry. We’re oiled by outrage and fuelled by scandal, fully signed up to politics-as-pantomime. The script is fine as it is, so long as every now and again we let a new cast have a go. It seems to be working. There is, of course, one significant caveat: the burning dumpster fire of a government against which Labour is currently pitting itself. You don’t need ideas when the blokes you’re up against have doused themselves in petrol and reached for a box of matches.

But although it may not seem it today, that fire will one day burn out. And, once the smoke clears, Starmer’s position may not seem so strong after all. That is certainly the message from a different poll released this week, which gives Labour a lead of just four points. This one – from Kantar – doesn’t give respondents a ‘don’t know’ option, unlike other surveys asking the public how they’d vote. Lots of Conservative voters have, in other polls, been opting for ‘don’t know’, shrinking the projected Tory vote share and giving the impression of a much healthier Labour lead than might really be the case. While plenty of Tory voters are sick of Boris, lots are equally unconvinced by what Starmer is selling.

Those “ideas” which Pidcock believes are lacking may not matter now. But at some point – and, remember, it is still two years until the next election – they may well prove very important indeed.