A convoy of 29 taxis arrived back in the Spanish capital to a hero's welcome after escorting 135 Ukrainians from a Warsaw refugee centre. 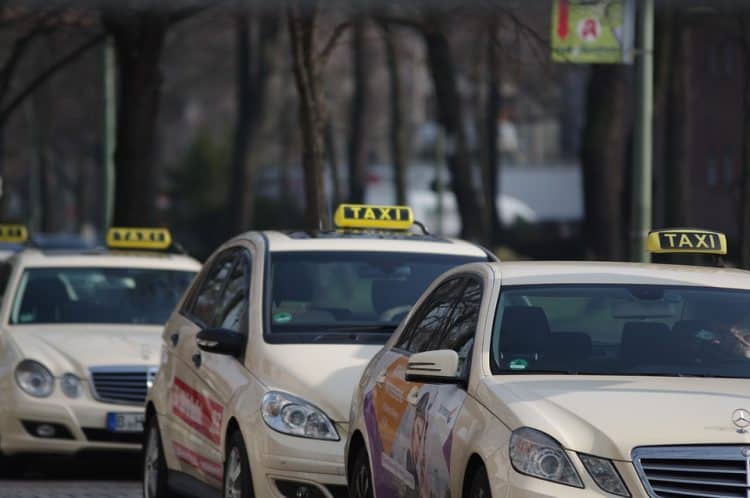 Ukrainian refugees fleeing the Russian invasion were warmly welcomed in Madrid after travelling from Poland in taxis who spent five days on the road to pick them up.

The war in Ukraine has intensified after Russia fired a hypersonic missile for the first time, with hospitals, schools and buildings where people sought safety reportedly coming under attack.

Satellite images on Friday from Maxar Technologies showed a long line of cars leaving Mariupol as people tried to evacuate.

One person was reported killed in a missile attack near Lviv, the closest strike yet to the city’s centre. Satellite photos showed the strike destroyed a repair hangar and appeared to damage two other buildings.

A convoy of Madrid taxi drivers travelled to Poland to deliver aid and ferry a group of 135 Ukrainians from a Warsaw refugee centre back to Spain.

“They are our heroes,” 22-year-old Khrystyna Trach told AFP outside a central Madrid church where the convoy of 29 taxis arrived in the early hours of Thursday after an epic five-day journey, pulling up to cheers from well-wishers gathered outside.

Most refugees are women and children who, like Trach, already have family or friends living in Spain. With them were four dogs and a cat.

“I am going to look for work now to get money to help my country and my family,” said Trach, an orphan who left her grandparents back in Kyiv where she worked in telesales.

Related: The little-known labour code that could have saved French workers from P&O job losses