Code du Travail covers everything from eating lunch at your desk to having sex with a stranger on a business trip – and how bosses can get rid of their workers. 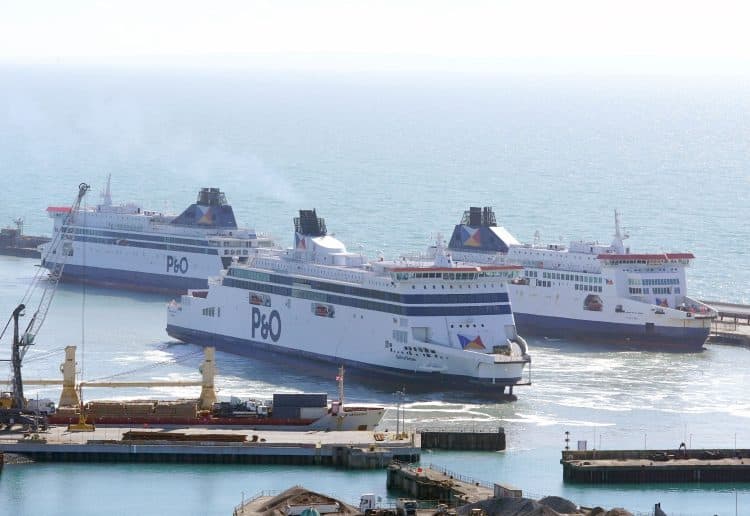 Cross-Channel ferry company P&O has sparked outrage this week after it announced it would be dismissing 800 of its UK staff with immediate effect.

Transport secretary Grant Shapps and business secretary Kwasi Kwarteng have written to the company’s chief executive to express their “disappointment and anger” at the mass sacking.

Mr Shapps said he had instructed the Maritime and Coastguard Agency (MCA) to carry out inspections of all P&O vessels before they return to sea to check the new crews the company has “rushed through” are safe.

Demonstrations were also held at ports in London, Liverpool, Larne, Hull and Dover, on Friday, as unions call for a boycott of the company.

What about French staff?

The company’s French employees have seemingly not been affected by the mass lay-off, leaving many to ask why only Brits have been impacted.

According to The Local, there could be a good reason why workers in France have kept their jobs.

Code du Travail is an enormous doorstep of a document that covers everything from eating lunch at your desk to having sex with a stranger on a business trip – and how bosses can get rid of their workers.

Concerning redundancies, the Code outlines several criteria that the company must meet in order to lay staff off, none of which would have been met in the instance of P&O calling a same-day meeting and telling employees via video that they were immediately out of work.

It also concerns parts pertaining to the practice of “fire and rehire” in Britain.

If employees are made redundant on the grounds of economic difficulty, but then new workers are quickly hired to fill the same roles, the original employee may have a case for unfair dismissal.

If the dismissal is found to be unfair by the Labour Court then the employee is entitled to damages – there is no legal maximum for these damages.

In October of last year, new laws preventing businesses from laying off staff and taking them back on with different – often worse – pay and terms were rejected by the government.

Labour’s Barry Gardiner said the government was “cowardly” for using Parliamentary tactics to stop his bill in its tracks.

But No 10 said it wanted new guidance for companies, rather than a law.