His 'words remind us that, sadly, some of our politicians are simply not fit to serve us,' said one Twitter user. 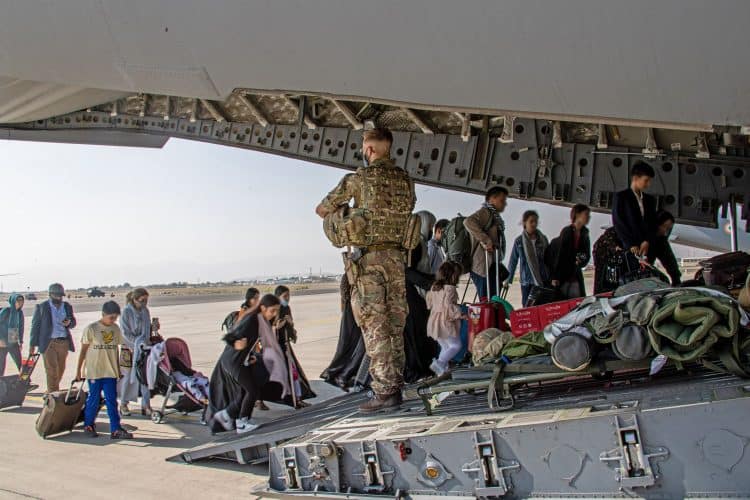 An Ex Tory minister has criticised Afghans for “queuing at the airport” to flee the Taliban after the fall of Kabul, as US and UK forces suddenly pulled out.

Tory MP Sir Desmond Swayne challenged Sir Keir Starmer if he would flee if the UK were overthrown by a “wicked and brutal regime”.

Sir Desmond asked: “Were the government of this kingdom to be overthrown by a wicked and brutal regime, I venture that he would want a leading role in the resistance, he wouldn’t be queuing at the airport would he?”

But the Labour leader hit back, saying he would not “take that” from the former international development minister.

Sir Keir replied: “When I was director of public prosecutions I had some of my prosecutors in Afghanistan at huge risk working on counterterrorism with other brave souls there. So I won’t take that from him or anybody else.”

Theresa May has suggested Boris Johnson hoped “on a wing and a prayer it’d be all right on the night” in Afghanistan – before warning that the UK faces an increased terror threat.

The former prime minister also hit out at ex-US president Donald Trump’s decision to “do a deal” with the Taliban and raised her fears for women and girls in Afghanistan under the new regime.

Mrs May’s remarks were the latest in a series of critical House of Commons speeches aimed at her successor, having previously criticised Mr Johnson’s decision to slash international aid and proposals to reform the planning system.

The Commons was also at its busiest since March 2020 as Parliament was recalled from its summer recess to debate Afghanistan.

Desmond Swayne is a disgrace

Desmond Swayne’s words remind us that, sadly, some of our politicians are simply not fit to serve us.

And as Desmond Swayne sits down there’s a collective, whispered, “what the fuck?”

Disgraceful comment from Desmond Swayne
Afghans have given their lives in their 10s of 1000s fighting the Taliban, millions more were displaced
I bet he wouldn’t say that about the brave souls at Dunkirk
pic.twitter.com/KVKimjWaER

Anyone else disgusted by what Desmond Swayne just said in the House?

Tory MP Desmond Swayne appears to suggest Afghan refugees are cowards for "queuing at the airport" rather than joining "the resistance."