Chris Philp has had a tough time of it lately. He was recently called a liar 16 times by the RMT's Mick Lynch on BBC's Newsnight. 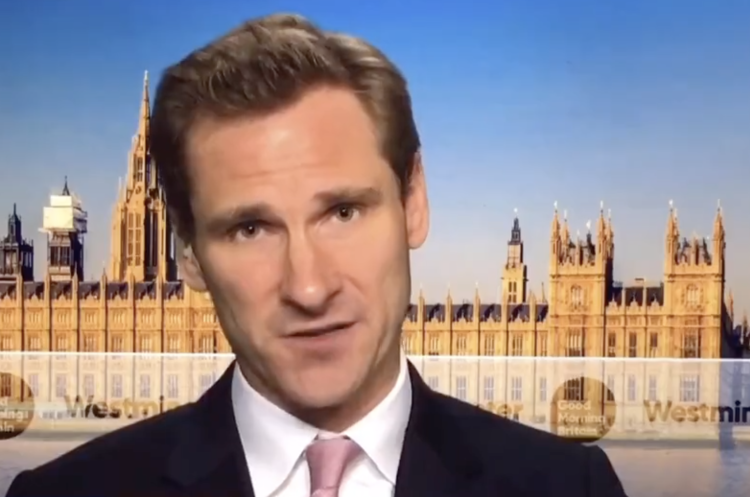 A government minister appeared on this morning’s GMB and probably wished he hadn’t.

Chris Philp has had a tough time of it lately. He was recently called a liar 16 times by the RMT’s Mick Lynch on BBC’s Newsnight.

This morning he was sent out again to face the media.

He told viewers that: “Over the last ten years public sector wages have kept up with inflation.”

Well, filmmaker Peter Stefanovic wasn’t standing for that. He shared a video on the subject and wrote: “That’s complete and utter boll**** and he knows it!”

It comes as a firefighters’ union leader is warning of strikes after reacting angrily to a 2 per cent pay offer.

The executive of the Fire Brigades Union (FBU) is recommending rejection of the offer, which it said is well below the soaring rate of inflation.

Matt Wrack, FBU general secretary said: “This is utterly inadequate and would deliver a further cut in real wages to firefighters in all roles in the midst of the cost-of-living crisis.

On the show itself Philp didn’t get an easy ride.

He told presenter Susanna Reid that: “The government is doing a good job.. more doctors and nurses than any time in history and 20,000 more police officers.”

Reid pulled him up on that and said: “You’re simply replacing what you cut.. if you’re in A&E waiting to see a record number of doctors and nurses.. you’re having to wait hours and hours.”