He took the preemptive action after Mick Lynch was questioned over why he had The Hood as his profile picture. 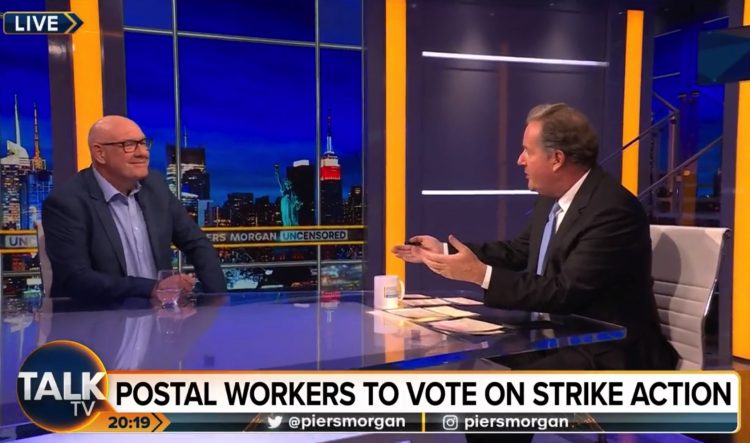 Last week, the former GMB host made the headlines after he questioned Mick Lynch over why he has The Hood from Thunderbirds as his profile picture on the social media network.

The puppet bears a resemblance to Lynch, but many were confounded as to why that was perceived to be the big issue of the day.

With Royal Mail workers being balloted this week over potential strike action, CWU boss appeared on the show to discuss the looming industrial action.

Morgan challenged Ward on his own pay, which is decided by the members of the union via their conference.

Ward also looked to preempt possible questioning over his Facebook profile picture by changing it shortly before the show.