The policy reminded people of a very similar project the Tories cut funding to. 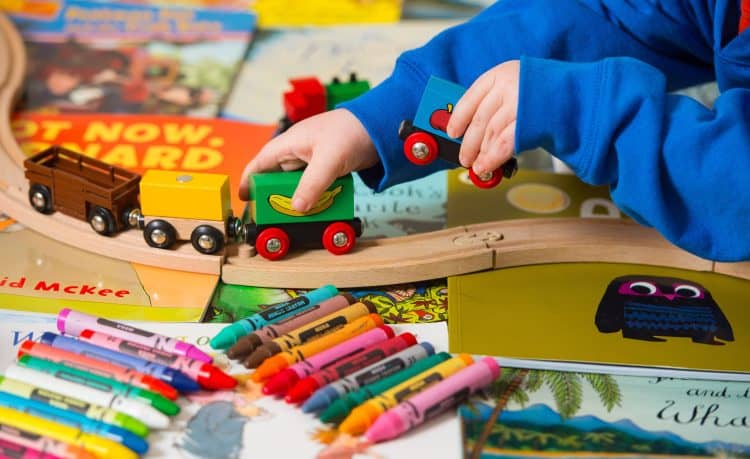 Councils will be funded through a multimillion-pound package to open new Family Hubs to help some of the most vulnerable families, the Government announced on Saturday.

In total, 75 councils will be eligible for a share in a £302 million funding pot to create the hubs, which offer families advice on parenting matters, such as breastfeeding support.

The Government said that £100 million of the funding would be shared across eligible areas to introduce parent-infant relationship and perinatal mental health support, to help children’s mental health outcomes through further support in early childhood.

The Supporting Families programme will also offer 300,000 of the most vulnerable families assistance from a dedicated keyworker, who will give hands-on parenting support through £700 million of funding.

Will Quince tweeted: “Today we’ve announced 75 areas in England that will be eligible for a share of £302 million to create a network of family hubs that support parents with crucial services for their children.”

It reminded a lot of people of Sure Start.

Sure Start, introduced by the Labour government in 1999, provides centres giving help and advice on child and family health, parenting, money, training and employment, with some also offering early learning and day care for pre-school children.

In August 2021 Early Years Alliance chief executive Neil Leitch said: “The fact that the Sure Start programme is still paying dividends for children into their teenage years is yet more confirmation of what we already know – that investing in young children is not only the right thing to do, it is also a sound financial decision.

“Recent governments have shamefully let down children and families by not only cutting Sure Start services which reduce hospitalisations, and do much more good besides, but also by allowing funding for under-five education to dwindle to far less than the cost of delivering it.

“If the Government genuinely cares about our national finances, it should have no hesitation in making a significant investment into early childhood development, since the high-quality early years provision all children deserve will more than pay for itself in the years to come.”

Spending on Sure Start peaked at £1.8 billion a year in 2010 – in current prices – but has been cut by two-thirds since then, with the closure of more than 500 centres and services cut in many more, it was reported back in 2019.

Related: March & April fools? This ‘Week in Tory’ thread is a howler for the govt