Damien Green appeared on BBC’s Question Time and tried his best to defend a disastrous Conservative Party Conference so bereft of ideas that the Tory message literally falling apart on the wall behind Theresa May as she spoke made the front pages. The day after Theresa May – with only 30% of her own party […] 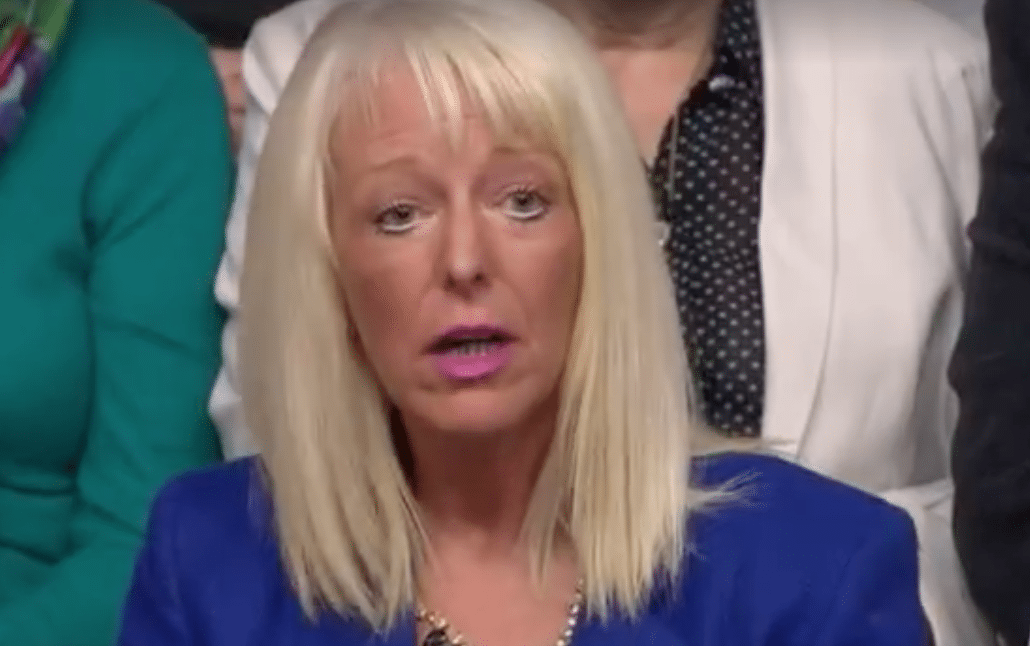 Damien Green appeared on BBC’s Question Time and tried his best to defend a disastrous Conservative Party Conference so bereft of ideas that the Tory message literally falling apart on the wall behind Theresa May as she spoke made the front pages.

The day after Theresa May – with only 30% of her own party members believing she should not quit – gave a make or break speech, in which the highlight was a prankster handing her a P45, the Conservative MP for Ashford did his best to defend her.

“I know that she is as determined as ever to get on with her job, she sees it as her duty and she will make a success of this government,” insisted Damien Green.

But this audience member in blue tore Theresa May’s First Secretary of State to pieces, explaining:

“I don’t think it’s just a question of whether this was Theresa May’s last stand but actually it is quite clear that it was the Conservative Party Government’s last stand when they did not address at this conference the key issues that are facing us today. – Which is serious underfunding in the police, in education and in our health service. And the other defining issue of our century – which is how on earth we are going to enact this ridiculous decision to leave the European union.”

Damien Green tried to laugh off her cutting attack, but she continued to sum up the serious issues with the government for many in the audience, adding:

“These issues were completely ignored by the Conservative Party Conference. And they come out with nothing substantial. They are extremely policy light and we just don’t have any answers from the current government. It is time for a change and it is not just the Prime Minister – with due respect to her – it isn’t just the Prime Minister, it’s the shambolic lot behind her who are pretending they know what they are doing when they clearly don’t”.

And perhaps the only good bit of Theresa May’s Conservative Conference speech was plagiarised off The West Wing!