According to the Office for National Statistics, vehicle-related theft is at its lowest level since the 1980s. That doesn’t mean it’s gone entirely. The statistics also point out that there are certain demographics—namely renters, people with children, and those living in urban areas—who are still far more likely than others to be victims of car […]

by Sam Allcock
in Automotive, Lifestyle 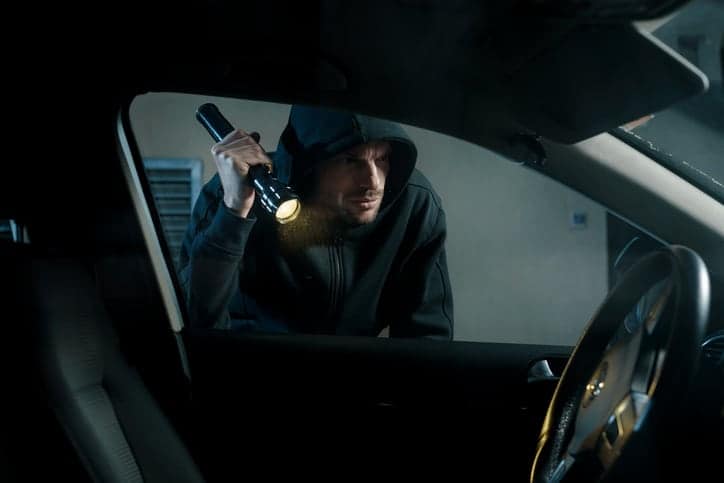 According to the Office for National Statistics, vehicle-related theft is at its lowest level since the 1980s. That doesn’t mean it’s gone entirely. The statistics also point out that there are certain demographics—namely renters, people with children, and those living in urban areas—who are still far more likely than others to be victims of car theft.

Those who fall into these categories should do all they can to protect themselves and their cars. Here are just some of the steps you can take to do that.

An obvious way to make your car more secure is to keep it in a safe place. A garage is an infinitely preferable alternative to parking your car on the kerb, but a bad garage can be worse than leaving on the street or in your driveway. Many garages come with ‘up and over’ doors, but these can be easily forced open by burglars. Security companies often recommend that, in order to improve garage security, these should be swapped for roller doors, which are far harder to break into.

Other ways to increase garage security include installing a garage door defender—a small device that blocks the front of a garage door to stop it from being prised open. It is also advisable to invest in a garage door that is part of the police’s “Secured by Design” initiative—a nationwide effort to “design out” property crime in the UK. Security companies work with the police to make sure their products fit the Secured by Design criteria, which only allows for the most secure specifications.

When you’re faced with parking somewhere other than your garage, or if you don’t happen to have one, your best bet for vehicle safety is in taking extra precautions before you leave it unattended.

The first step in this process is thinking carefully about where you park for long periods of time. If there’s no reinforced garage in the vicinity, it’s best to find somewhere well-lit, and preferably under the observation of CCTV cameras. Potential thieves are much more likely to burgle a car under the cover of darkness, or at least in a location where they won’t be recorded.

Before you get out of your car, it’s important that you hide any belongings you choose to

leave in the vehicle, particularly valuables, as the sight of these through the window could be enough to motivate a criminal to attempt a break-in. While cars are becoming more high-tech in their locking and unlocking mechanisms, this could become detrimental to vehicle security. Criminals are developing increasingly sophisticated techniques, often using their own technology to circumvent the car’s security measures.

Thieves can interfere with keyless cars with a technique called ‘signal relaying’. This involves two criminals working together—one close to the vehicle owner and one close to the car. With devices of their own making, they can relay the signal from the key to the car.  There’s also the simpler method of ‘jamming’, which entails blocking the signal from a key when the lock button is pressed.

The best way to avoid these high-tech hijacks is to always double-check that your car is locked before you walk away, use a steering wheel locking device, and keep any keyless ‘keys’ in an RFID-blocking pouch.

Invest in a car which is less likely to be stolen

In the same way that some demographics are more likely to have their cars stolen, there are specific models of car that are more popular with thieves, and more susceptible to theft. In 2016, the most stolen car in the UK was the Audi S3. Range Rovers and Land Rover Defenders also made the list, as did the Ford Escort, even though (or possibly because) it went out of production more than a decade ago.

According to The Guardian, these cars are mostly stolen by organised gangs who have found ways to reverse-engineer these vehicles’ security in order to steal them and sell them in foreign countries. Unfortunately for Audi S3, Ford Escort Range Rover or Land Rover owners, that means there’s a strong chance of theft.

At least for the time being, it might be effective to avoid buying these cars altogether, or to sell any that you own before someone steals them and sells them for you. As these cars fall out of fashion with the criminal element, they will once again be safe to buy one without making yourself a target.