The prankster who famously handed Theresa May a fake P45 after gatecrashing her Tory conference speech joked about catching the beleaguered PM’s COLD. Comedian Simon Brodkin, 40, who performed under his alter-ego Lee Nelson, told an audience he had “quite a bad cough” and “caught something off Theresa”. The comic also boasted to the Glee […] 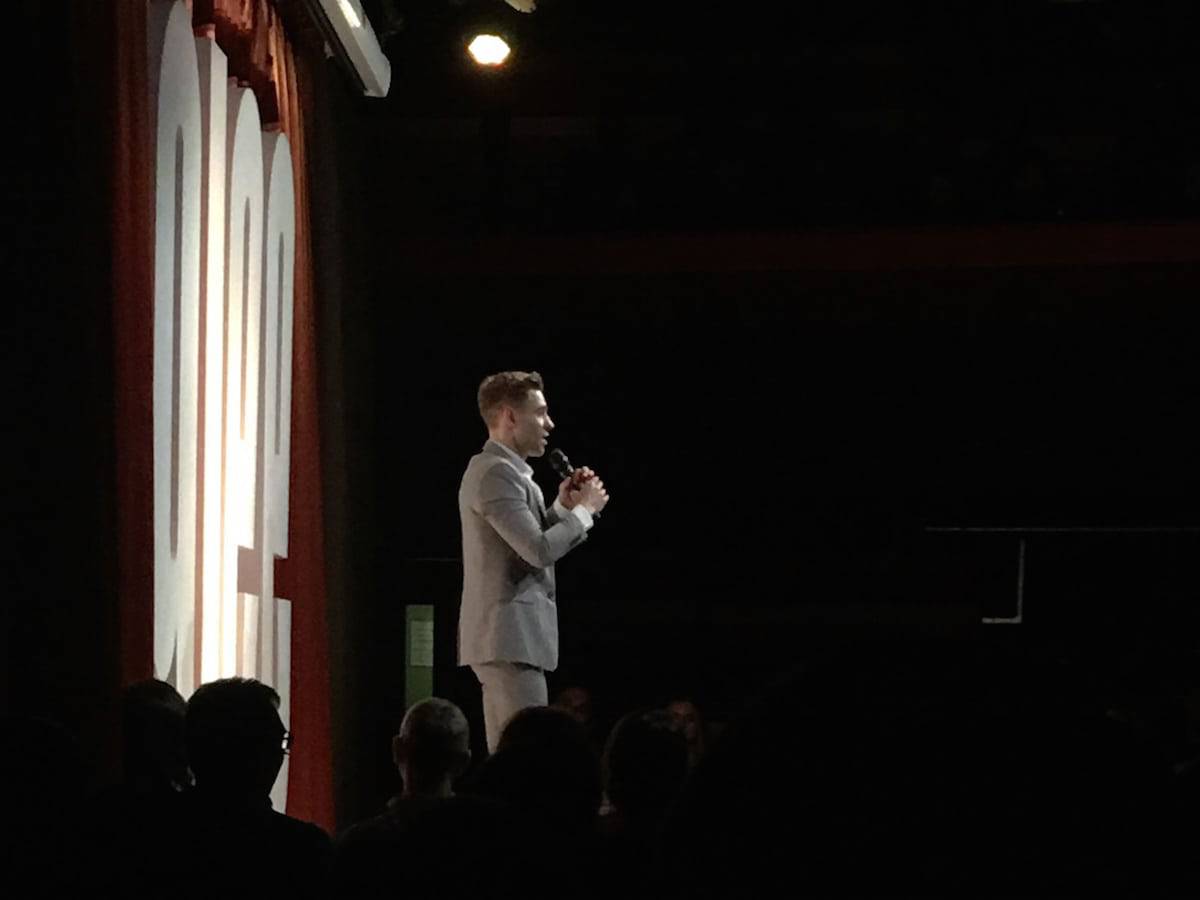 The prankster who famously handed Theresa May a fake P45 after gatecrashing her Tory conference speech joked about catching the beleaguered PM’s COLD.

Comedian Simon Brodkin, 40, who performed under his alter-ego Lee Nelson, told an audience he had “quite a bad cough” and “caught something off Theresa”.

The comic also boasted to the Glee Club in Nottingham that he had spent the night in a police cell following the stunt which was beamed around the world.

Warming up the crowd on Thursday night, he said: “Welcome to Nottingham.

“I don’t normally looking forward to coming to Nottingham that much, but after spending last night in a police cell in Manchester, it puts s**t into perspective.

Appearing as part of his Serious Joker tour, Nelson apologised for being late, saying: “Sorry I’m late, I spent most of last night in a police cell in Manchester.”

Brodkin, dressed in a grey suit and white open colour shirt, told his fans to expect a “strong and stable performance”.

He told the 300-strong crowd: “I’m a little bit under the weather, I’ve got to be honest, I’ve got quite a bad cough.

“I think I caught something off Theresa yesterday.

“So you can prepare for a 20-minute interval while I cough and splutter and gobble all over the place.”

“I’m fully prepared for tonight. I’m fully expecting one of the letters to fall off behind me.”

Standing with a huge neon ‘GLEE’ sign behind him, Brodkin joked the letter would “hopefully be the ‘G’, then it leaves Lee”.

He went on: “I voted leave (in the EU referendum), but I thought they were talking about Scotland” before claiming that the Scots “would get independence, because you are a tenacious bunch of buggers”.

Discussing Brexit, he added: “Do you really want to have to wash your own car?”

The comedian achieved new-found notoriety when he burst on to the stage at the Tory conference in Manchester on Wednesday (4/10) and handed the Prime Minister a fake P45.

He was heard saying “Boris asked me to give this to you,” before giving the Foreign Secretary a thumbs up and telling him “Boris, job done mate”.

Fans threw their support behind Bodkin’s performance. Angie Green, 23, who travelled from Birmingham to see his show, said: “He’s the funniest man in Britain at the moment.

“When May finally goes, she’ll be remembered forever as the only Prime Minister to get the boot by a comedian. Britain desperately needs a laugh at the moment and Lee gave us that.”

Glen Ryan, 40, from Derby, added: “Lee Nelson’s pranks remind me how Dennis Pennis used to rip the p*ss out of celebrities in the 90s.

“After years of austerity and, quite frankly, boredom in Britain, at last we’ve got someone willing to take a pop at the people in power. Go Lee, we love you man.”

Bodkin’s previous high-profile stunts include interrupting Donald Trump’s speech at his Scottish golf course by handing out swastika golf balls to the crowd.

He also famously threw a pile of fake dollars at then Fifa present Sepp Blatter during a press conference.