"We've just wasted £500,000, what an abject failure. If the ECHR made their decision that quickly, it must have been obvious that the Rwanda policy was in contravention of that convention?", Susanna Reid pointed out. 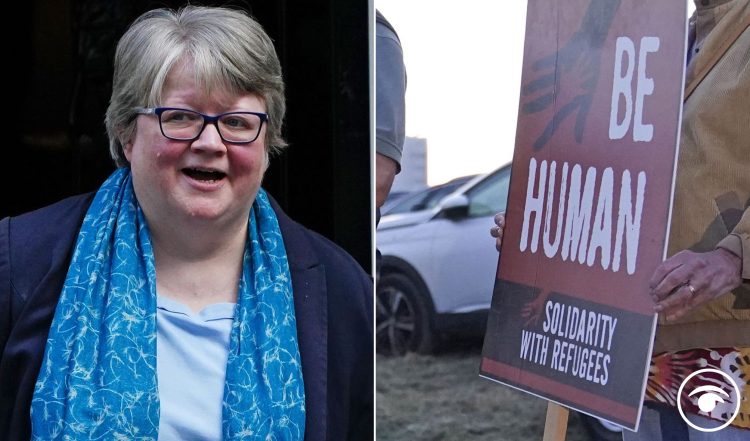 Therese Coffey was parachuted in to defend the government’s failed (for now) decision to send migrants to Rwanda on a one-way ticket this morning.

Speaking to Sky News she said the government was “disappointed in the decision” by the European Convention on Human Rights to block the flight.

“I’ve never known such a quick decision made by the ECHR… and I think the public will be surprised we have European judges overruling British judges.”

Steve Bray managed to get to her before the appearance, which was proceeded by an interview on GMB.

“If the ECHR made their decision that quickly, it must have been obvious that the Rwanda policy was in contravention of that convention?”

To which she replied: “We believe this policy is right and fair.”

But it wasn’t over for Therese, on BBC breakfast news Jon Kay asked her: “You know that Tory MPs want to change the way the UK is involved with the ECHR… so the Rwanda policy has been nothing more than political theatre…this was just red meat to Tory backbenchers?”

Coffey denied this was the case.

So do you agree with her or perhaps this tweet from David Osland who wrote: “Priti Patel is deporting asylum seekers to Rwanda, Prince Charles, the Church of England and Jezza have formed a united front against the idea, and a lot of cowardly politicians are saying nothing for fear of offending racists. I do have that right, don’t I?”