You do know Channel 4 “is not like the BBC”, Damian Green told her, "it's not in receipt of license fee money it makes its money from commercial operations." 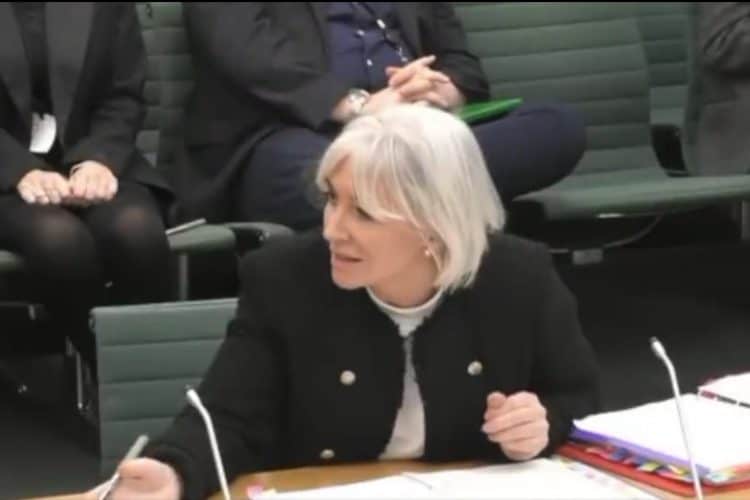 Plans to privatise Channel 4 are set to go ahead, it was announced yesterday much to the bemusement of people on social media.

The channel is currently owned by the Government and receives its funding from advertising.

A spokesperson for Channel 4 said it was “disappointed” with the decision, but would “continue to engage” with the Government on the process to “ensure that Channel 4 continues to play its unique part in Britain’s creative ecology and national life”.

Labour MP Diane Abbott also hit out at the government, accusing culture secretary Nadine Dorries of wanting to “sell it off to a big Tory donor who will (she hopes) turn it into the British version of Fox News”.

Late last year, Dorries was caught off guard during a select committee as she was reminded that the channel is not paid for by taxpayers.

“It’s quite right that the government should do that.”

But committee member Damian Green pointed out Channel 4 “is not like the BBC”, as it makes its money from commercial operations rather than rely on license fee money from UK residents.

Dorries immediately appeared startled and babbled: “And… So… Although it’s… Yeah… And… That…”.