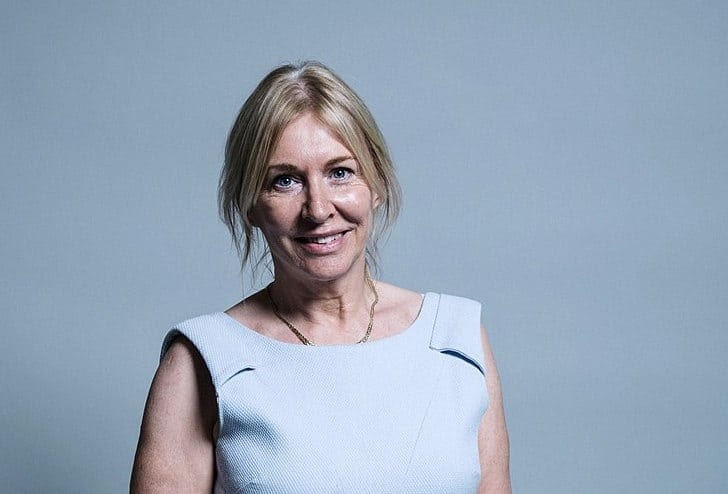 A video of media and culture secretary Nadine Dorries babbling after realising Channel 4 is not paid for by taxpayers is going viral.

The Tory Secretary of State confidently suggested in front of a select committee that it was her job to ensure Brits get value for money.

“It’s quite right that the government should do that.”

But committee member Damian Green pointed out Channel 4 “is not like the BBC”, as it makes its money from commercial operations rather than rely on license fee money from UK residents.

Dorries immediately appeared startled and babbled: “And… So… Although it’s… Yeah… And… That…”.

Another Twitter user said Dorries is “someone who should not be allowed anywhere near the BBC or Channel 4 – or culture generally.” “Or media. Or sport. Or a position of responsibility,” he added.

Dorries added she has not yet decided on whether Channel 4 will be privatised, in the light of a consultation with 60,000 responses.

She said: “I think what we are doing in terms of looking at the future of Channel 4, we are doing the same thing (as when we scrutinise the BBC). Is this going to be viable in the long term as a public service broadcaster? And that is all we are doing.

“I know there is all this speculation about ‘the decision has been made’ and ‘they are going to privatise Channel 4’ but we are not. We are evaluating the future of Channel 4 and whether it is a sustainable model.

“But at the moment I think it is right and proper we evaluate the future of a public service broadcaster.”

She added: “I want to see all the evidence. I want to see a full commercial evaluation of Channel 4 and want to see what the future looks like for public service broadcasters.”