"Channel 4 is a brilliantly British idea. The people’s channel, duty bound to make programmes others won’t, bat for the underdog and fear nobody. And it costs us nothing." 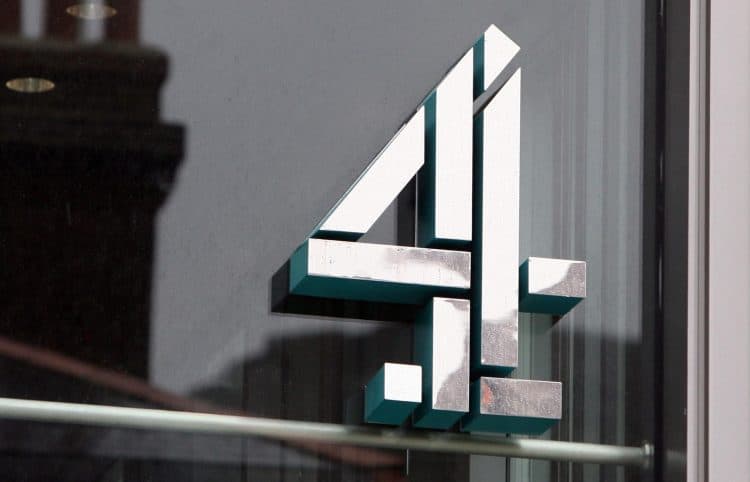 The Government has said it will proceed with plans to privatise Channel 4, the broadcaster said in a statement.

The channel is currently owned by the Government and receives its funding from advertising.

A spokesperson for Channel 4 said it was “disappointed” with the decision, but would “continue to engage” with the Government on the process to “ensure that Channel 4 continues to play its unique part in Britain’s creative ecology and national life”.

The statement said: “With over 60,000 submissions to the Government’s public consultation, it is disappointing that today’s announcement has been made without formally recognising the significant public interest concerns which have been raised.

“Channel 4 has engaged in good faith with the Government throughout the consultation process, demonstrating how it can continue to commission much-loved programmes from the independent sector across the UK that represent and celebrate every aspect of British life as well as increase its contribution to society, while maintaining ownership by the public.

“Recently, Channel 4 presented DCMS (the Department for Digital, Culture, Media & Sport) a real alternative to privatisation that would safeguard its future financial stability, allowing it to do significantly more for the British public, the creative industries and the economy, particularly outside London.

“This is particularly important given that the organisation is only two years into a significant commitment to drive up its impact in the UK’s nations and regions.”

The statement continued: “Channel 4 remains legally committed to its unique public service remit. The focus for the organisation will be on how we can ensure we deliver the remit to both our viewers and the British creative economy across the whole of the UK.

“The proposal to privatise Channel 4 will require a lengthy legislative process and political debate. We will of course continue to engage with DCMS, government and parliament, and do everything we can to ensure that Channel 4 continues to play its unique part in Britain’s creative ecology and national life.”

The Government has been consulting on plans to privatise the broadcaster, which was founded in 1982 to deliver to under-served audiences, following concerns for its survival in the streaming era.

A Government source has told the PA news agency ministers think government ownership of Channel 4 is “holding it back” and that privatising the broadcaster would “remove its straitjacket”.

The source said: “HMG is expected to pursue a sale of C4 as part of a package of reforms to modernise and sustain the UK’s public service broadcasting sector.

“Following a consultation, ministers have decided that, although C4 as a business is currently performing well, government ownership is holding it back in the face of a rapidly changing and competitive media landscape.

“C4 is a great business with a strong brand built around it being creative, innovative and distinctive but a change of ownership will remove its straitjacket, giving C4 the freedom to innovate and grow so it can flourish and thrive long into the future and support the whole of the UK creative industries.”

They said that ministers will seek to reinvest the proceeds of the sale and plan to put the money into independent production and to “levelling up wider creative skills in priority parts of the country”.

It added that Channel 4 will remain a public service broadcaster and the government will ensure it “continues to make an important social, economic and cultural contribution to the UK”.

Channel 4 chief executive Alex Mahon has previously questioned the “logic” behind such a move and whether privatising the broadcaster would help with efforts to “level up” outside of London.

In an internal email to staff on Monday, seen by the PA news agency, Ms Mahon said her priority was to “look after all of you and the wonderful Channel 4 spirit” following the announcement.

She said: “In our engagement with Government during its extended period of reflection, we have proposed a vision for the next 40 years which we are confident would allow us to build on the successes of the first 40.

“That vision was rooted in continued public ownership, and was built upon the huge amount of public value this model has delivered to date and the opportunity to deliver so much more in the future.

“But ultimately the ownership of C4 is for Government to propose and Parliament to decide.

“Our job is to deliver what Parliament tasks us to do, and if or when that changes, then I am confident that this incredible organisation will respond with the relentless energy it has always displayed in pursuit of its goals and the remit.

“My priority now, along with the rest of the Exec team, is to look after all of you and the wonderful Channel 4 spirit, and make sure we all carry on doing what we do best – making incredible shows for our audiences, creating opportunities for young people and supporting the creative industry across the UK.

“There will now be a long process ahead – it could take 18 months or more for the required legislation to go through the House of Commons and then Lords. During that time, we’ll continue to work with DCMS and Government, and with our supporters across the industry to make the arguments to ensure that Channel 4 can continue to deliver its remit.”