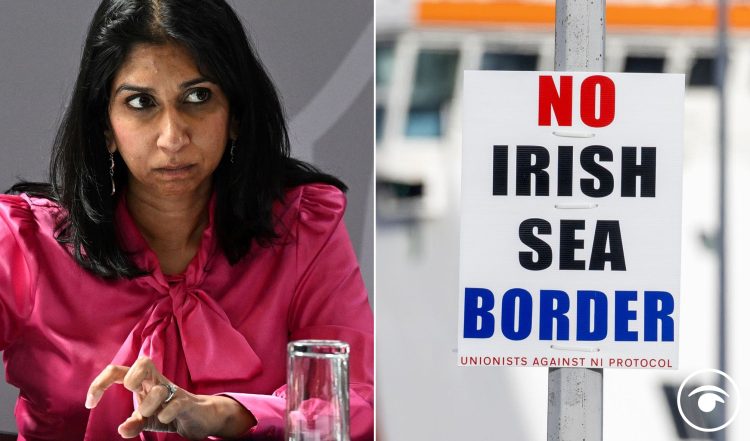 The EU has announced fresh legal action against the UK as part of a series of measures in response to the Government’s move to unilaterally scrap parts of the Northern Ireland Protocol.

The European Commission is also resuming legal proceedings against the UK which were shelved last year to facilitate negotiations on post-Brexit trade.

The EU has described the legal steps as a “proportionate” response to the Government’s tabling of domestic legislation which would give ministers the power to axe large parts of the deal governing the movement of goods from Great Britain to Northern Ireland.

The bloc has insisted its “door remains open” for talks with the UK to find an agreed resolution to the furore over the so-called Irish Sea border.

During an interview with Robert Peston, Suella Braverman said: “That’s just not right, Robert. And I’m afraid I’ve got to say this is your Remaniac make-believe, if I may put it that way, and that actually, the EU is always in the right and the UK is always in the wrong!

Mr Peston responded: “No, I don’t think that at all. There’s lot that the EU does that is constantly wrong and I’m definitely not a Remaniac.”

Ms Braverman said: “The reality is there is strain, there are severe problems ongoing within communities in Northern Ireland.

So how is Northern Ireland getting on?

According to Suella Braverman it is not doing well.

However, this isn’t the case, but that wasn’t tackled by Peston.

This graph would also prove otherwise: