A party spokesman said Anna McMorrin, a shadow justice minister, had been spoken to by Sir Keir Starmer after it was reported that she suggested a Labour Government may be able to renegotiate the UK’s deal with Brussels. 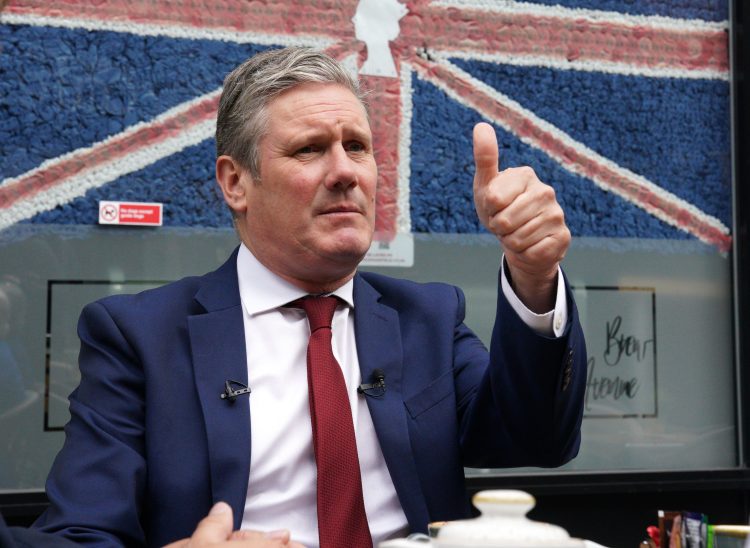 Labour has rejected claims it would seek to take Britain back into the EU single market and customs union after a shadow frontbencher expressed the hope it could return.

A party spokesman said Anna McMorrin, a shadow justice minister, had been spoken to by Sir Keir Starmer after it was reported that she suggested a Labour Government may be able to renegotiate the UK’s deal with Brussels.

However, she retained her frontbench role after she issued a statement making clear that she backed the official party line that the UK had left that EU and that Labour was committed to making the existing deal work.

The Sun obtained footage of Ms McMorrin answering questions from supporters last week in which she said: “We need to renegotiate the deal, certainly.”

She added: “I hope, eventually that, we will get back into the single market and customs union, and who knows then.”

In her statement, Ms McMorrin said: “Labour policy on Brexit is clear. We have left the EU, Labour voted for the deal. Now it is the job of all of us to make it work.”

The spokesman said: “That is the Labour Party position.”

In the Commons, Boris Johnson taunted her about her remarks when she challenged him at Prime Minister’s Questions about comments by his new cost-of-living tsar saying that he “has to go”.

The Prime Minister replied: “I read the other day that she wants to go back into the single market and into the customs union.

“If that’s the real policy of the Labour Party, going back to the EU, why won’t the Leader of the Opposition admit it?”

A Labour government will work to address the “flaws” in Boris Johnson’s Brexit deal with the EU which are damaging British business, shadow chancellor Rachel Reeves has said.

Speaking at The Times CEO summit in London, Ms Reeves said Labour had no plans to take the UK back into the EU single market, but she said they needed to address problems that the current deal had thrown up.

“A modern supply side approach cannot and must not ignore the task of making Brexit work for British businesses and consumers,” she said.

“So we must address the flaws in the Brexit deal hitting our food and drinks manufacturers, creative industries, professional services and more, through repairing and strengthening our supply chains, and building on the UK-EU trade deal to cut red tape for exporters.

“We need to adopt an approach that seeks to solve problems in a practical way for UK companies, and aims to build trust, rather than continually retreating to the issue of Brexit as a domestic political wedge.”

Ms Reeves used her address to set out plans for an expert panel, including former treasury minister Lord O’Neill, to develop policies to ensure Britain under a Labour government is the best place to start and to grow a business.

She said the party under Sir Keir Starmer was “proudly pro-worker and proudly pro-business” and would look to develop a “strategic partnership” with business in government.

“It is no longer enough, if it ever was, for government to simply get out of the way,” she said.

“For the next Labour government, such an approach will mean government applying itself more concertedly to driving up the productive potential of our economy.

“The state has to be active in fostering the conditions for our country to prosper, whether that is in sponsoring world leading research, getting the regulatory environment right, or in helping bridge the gap between a fantastic concept and the reality of its commercial production.”