'This is incredibly funny. And also kind of tragic. Because this woman (or the "real" version of this woman) is actually our Culture Secretary. Yup, in "real life".' 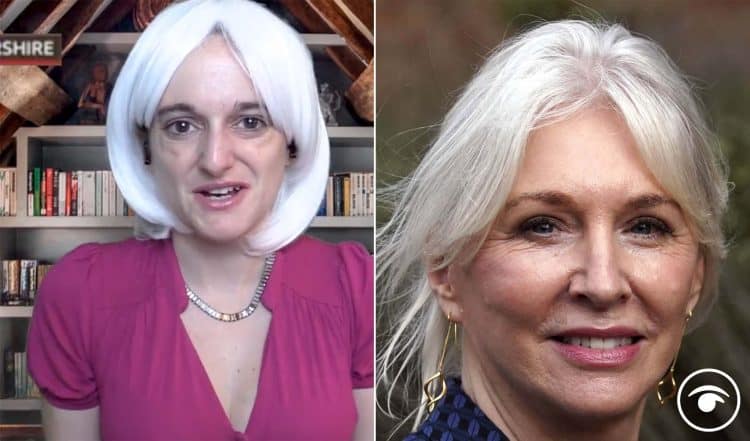 Culture Secretary Nadine Dorries had another awkward exchange during a morning media round, appearing reluctant to speak about her most recent contact with Boris Johnson.

The Cabinet minister challenged BBC Breakfast presenter Charlie Stayt as to why he was asking her if she had spoken to the Prime Minister in the past 24 hours.

During the exchange, Stayt said he was “really confused”, asking Ms Dorries if his question was a “difficult” one.

Appearing perplexed, Stayt went on to say: “I’m really confused. Is that a difficult question? I’m just asking if you’ve spoken to the Prime Minister, in the last 24 hours.”

Dorries repeated: “We have communicated.”

Stayt went on to ask what Mr Johnson had communicated to her, but Ms Dorries declined to go into detail.

She said: “I’m not going to tell you the extent of my communications with the Prime Minister. I mean, I’ve answered your question. We have communicated. What is your next question?”

Here is another bizarre Dorries interview while you are here.

Well the real interview was weird enough but comedian Sooz Kempner decided to parody the strange exchange. She wore a blonde wig, fag in hand and knocking back a bottle of alcohol, chatting to the PM before she heads

There is also a deleted scene!

Here is her take on the Alegra Straton farce.