The transport secretary couldn't cover up the fact that Britain is becoming increasingly isolated in its response to the refugee crisis. 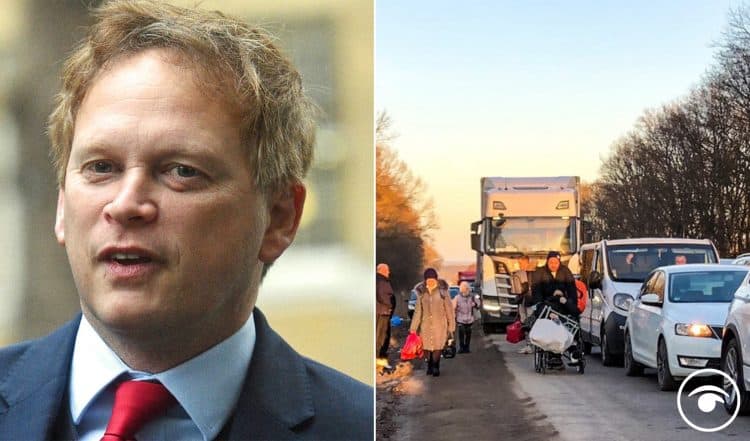 Grant Shapps was given a schooling in geography today after he came out in defence of the government’s response to the escalating refugee crisis.

Number 10 has come under fire from opposition politicians and charities amid confusion over whether more measures will be introduced to help people fleeing the war-torn country seek sanctuary in the UK.

Nicola Sturgeon said the UK government has “fallen short” in its response to the refugees fleeing “horror” in Ukraine.

The Scottish first minister pressed Westminster to do more to help those who are seeking safety in the wake of the Russian invasion.

She raised the issue in Holyrood in a debate to mark International Women’s Day – noting that the “majority of those seeking refuge are women and children”.

Home Office minister, Kevin Foster, had earlier told the Commons that more than 500 visas have now been issued under the Ukraine Family Scheme, which launched on Friday – with more than 10,000 applications submitted.

So in times of chaos who do you call? Grant Shapps, it would seem.

The MP appeared on Sky News (Union Jack in the background, as ever) and was probed by the presenter, who said: “It’s shameful the way the UK has handled this refugee crisis in Europe.”

Shapps replied that the UK is geographically further to the west.

That may be true, but then the presenter replied: “The geographical thing doesn’t quite work when Ireland has taken over 2,000 people.”

Related: Lorries carrying aid to Ukraine stuck at Dover because of…. well, you guessed it