"In all honesty I’m not too knowledgeable about fracking but as Steve Baker, Julia Hartley-Brewer and Nigel Farage are all for it thats all I need to know," one person said ironically. 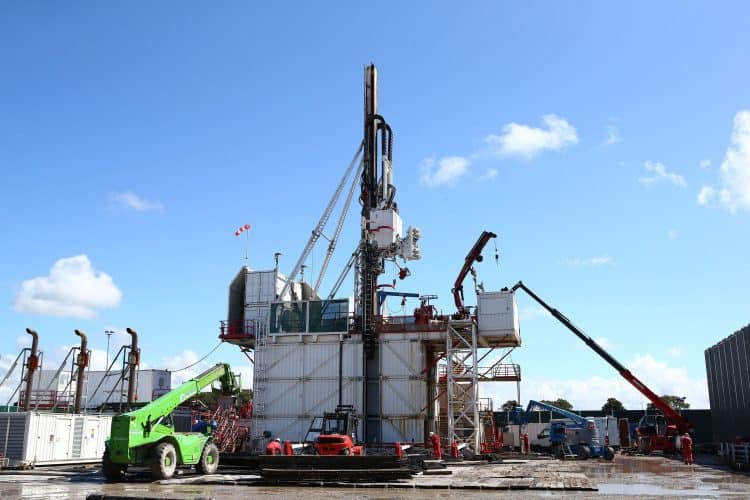 Ministers are reportedly considering steps that could lead to a fracking rethink in the UK after committing to phasing out imports of Russian oil by the end of the year.

Two sites in Lancashire were granted a stay of execution last night as ministers considered using them for further research rather than concrete them up forever, according to Sun reports.

No10 insisted “our position on fracking hasn’t changed” following the development, cautioning that it would “take years of exploration and development before any quantities of shale gas could be extracted and wouldn’t have an impact on prices affecting Europe in the near future.”

But that didn’t stop the usual suspects from celebrating the landmark decision.

Judging by this tweet, Reform UK leader Richard Tice was over the moon about it.

And so was Laurence Fox.

And no surprises for guessing Julia Harltey-Brewer also piled in with support for fracking.

Fracking, or hydraulic fracturing, has been under a “moratorium” for over two years but the move could allow for the sites to be opened up at a later date.

Former Cabinet minister Lord Frost, who has been campaigning for the ban to be reversed, said it was a “sensible first step” from the Government.

Robert Jenrick, a former communities secretary, called for a “more pragmatic energy policy” that would ease soaring bills while the UK strives to hit net zero.

“I personally was always a supporter of fracking, I don’t think it’s a quick fix, but I think we should be revisiting that question,” he told BBC Newsnight.

As recently as Monday Downing Street had denied suggestions the fracking moratorium could be lifted in response to the Ukraine crisis.

And energy minister Lord Callanan warned of “severe environmental problems” with shale gas production, adding that “Lancashire is not Texas”, being much more heavily populated.

The moratorium was imposed on fracking in November 2019 after it caused two minor earthquakes in the county.

Business Secretary Kwasi Kwarteng said the move to phase out Russian oil products by the end of the year will “ensure a smooth transition so that consumers will not be affected”.

He pledged to establish a new taskforce to help firms find “alternative supplies”.

The Prime Minister said Britain could not “move overnight”, with the UK particularly exposed on imports of diesel from Russia.

“But we can certainly do it and we can do it in a way that doesn’t disrupt supply, that ensures we have substitute supplies on stream in an orderly way and in a timetable that won’t affect UK business, won’t affect UK manufacturing, road haulage or other parts of our industry, but will punish the regime of Vladimir Putin,” Mr Johnson told broadcasters.

US President Joe Biden ordered a ban on Russian oil imports, while the European Union was also expected to announce a phasing out.

The Business, Energy and Industrial Strategy and No 10 are yet to comment on the fracking move.

Away from the right-wing there were people furious that fracking is back on the agenda.

An excellent thread on why fracking will have ZERO effect on current fuel prices (for years) or security and who is to gain from pretending it will.