"One of the most concise pieces of political commentary I've heard," in response to Rylan Clark's comments. 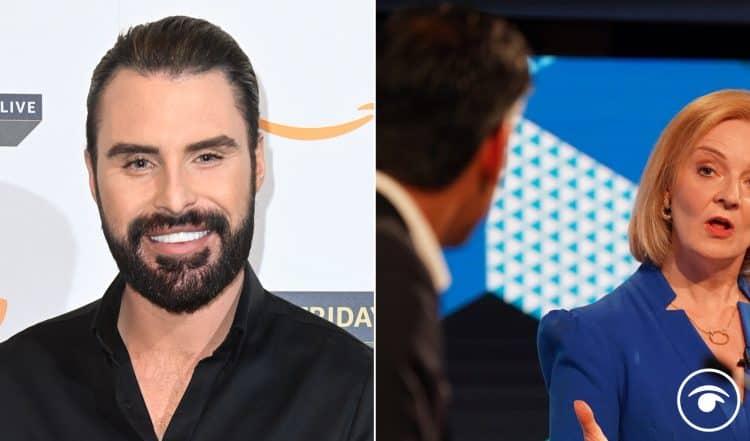 Rishi Sunak faces an uphill battle in his bid to become prime minister after suffering further setbacks as rival Liz Truss won another major endorsement and pulled ahead in new polling of Tory voters.

The former chancellor was on the defensive over tax again in a crunch interview with Andrew Neil on Friday, rejecting accusations that his policies would result in recession and warning that Ms Truss’s plans for vast tax cuts would pour “fuel on the fire” of inflation.

But the Foreign Secretary’s tax pledge won over former Tory leadership rival Tom Tugendhat, who described them as being “founded on true Conservative principles” as he came out in support of her.

There is no denying the race for the top job has aired even more Tory dirty laundry.

With this in mind, Rylan Clark has made clear his thoughts on Liz Truss and Rishi Sunak’s bids to become the next PM after the pair were both criticised for their clothing.

Nadine Dorries slammed Sunak for wearing a £3,500 suit and Prada loafers and also claimed that Truss wore earing for under a fiver from Claire’s Accessories.

When asked about his thoughts on Nadine’s remarks on Friday’s The Last Leg, Rylan was very straight-talking in his response.

‘Look after the people of this country and stop being a f***ing a***hole.’