The presenters also joked about taking out “a good city” such as New York. 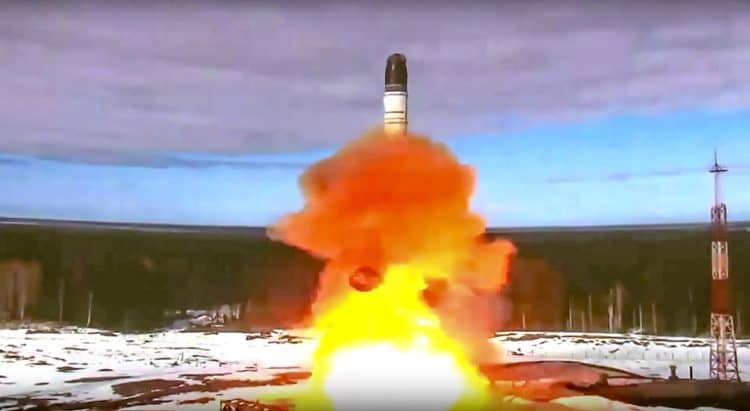 Russia and the West are closer to nuclear war than during the Cuban Missile Crisis, the great-granddaughter of Nikita Khrushchev has said. It comes as Russian state TV bragged about destroying the UK with one bomb.

Nina Khrushcheva, an academic whose great-grandfather was leader of the Soviet Union during the 1962 standoff, warned the conflict in Ukraine is more dangerous because neither side appears prepared to “back off.”

Ms Khrushcheva said despite a “war of words” during the period of Cold War brinkmanship, both President John F Kennedy and Khrushchev agreed to de-escalate as soon as there was a real threat of nuclear action.

Speaking on the Today programme, she said it was “clear” the current conflict was a proxy war between the West and Russia in which Ukraine is “to some degree a pawn”.

She added: “It was clear on February 24 it was a proxy war because it was the negotiations of Ukraine with the United States first of all and then Nato, so that was already a proxy conversation and Ukraine was to some degree a pawn in this relationship.”

Her concerns about escalation were echoed by former MI6 chief Sir Alex Younger, who said the “discipline of deterrence” that helped both sides back down in 1962 appears to have been lost.

On his show Evening with Vladimir Solovyov the host threatened to wipe out the “boorish” UK with a single missile.

Russia’s new ballistic missile the Sarmat, and he discussed the idea of Great Britain to be destroyed completely.

“One Sarmat means minus one Great Britain,” he said. “Because they’ve gotten totally boorish.”

Also presenters joked about taking out “a good city” such as New York, in USA.

“If 7.5 megatons will be delivered to the territory of our so-called [American] partners — the word ‘partner’ is very important — then objects like the city of New York, a good city but it would be gone.”

Related: Clip resurfaces of Trump telling Zelensky: ‘I really hope you and Putin can solve your problem’