The look on Zelensky's face is priceless. 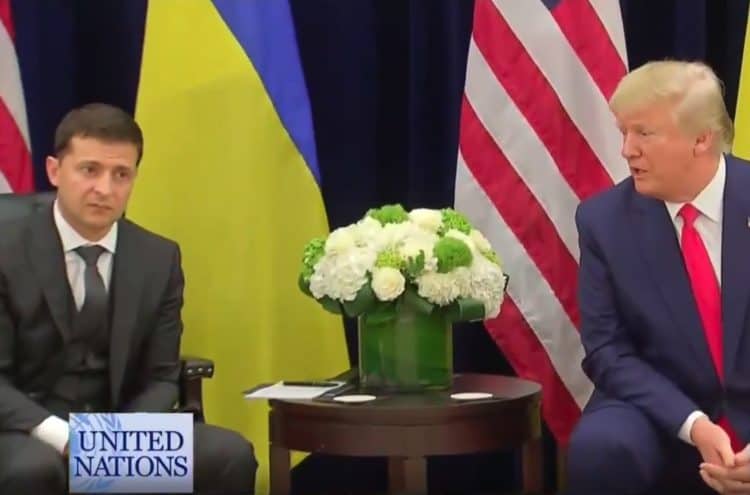 A clip of Donald Trump’s 2019 meeting with Volodymyr Zelensky has been making the rounds on social media as the war intensifies in Ukraine.

Russian forces launched missile attacks on the western city of Lviv and pounded a multitude of other targets across Ukraine on Monday in what appeared to be an intensified bid to grind down the country’s defences ahead of an all-out assault on the east.

At least seven people were reported killed in Lviv, where plumes of black smoke rose over a city that has seen only sporadic attacks during almost two months of war and has become a haven for civilians fleeing the fighting elsewhere.

In 2019 the then US president Trump met with Zelensky for a meeting, which got off to a bit of a rocky start.

And really only got worse as the meeting ensued, as told by the Ukrainian president’s face: