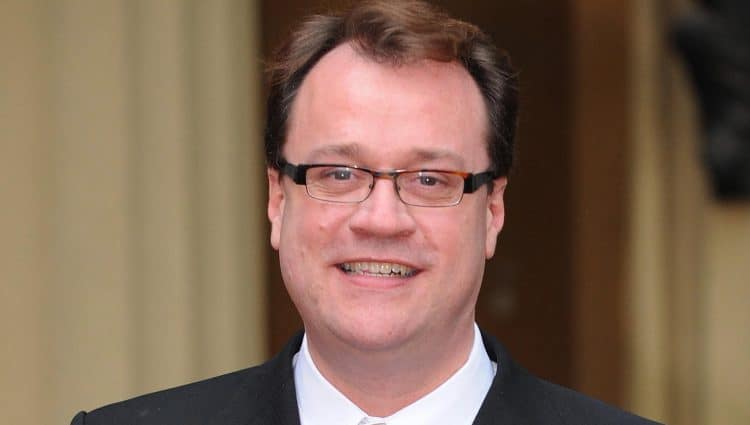 Likening the government to a rabid “wounded dog” that “bites everyone”, he warned the audience that “the things the tories say they’ll do, they do”.

Russell concluded with a stark warning to the tory voters sat in the audience or watching at home.

The comments came during an acceptance speech at this year’s South Bank Sky Arts Awards. He collected the gong for Best TV Drama for the acclaimed Channel 4 AIDS drama It’s A Sin.

It comes as Channel 4 boss Alex Mahon said “important” programming such as the Paralympics and Dispatches would not be shown on a privatised Channel 4.

The Government decided to proceed with plans to privatise the broadcaster in April following concerns for its survival in the streaming era.

During a Digital, Culture, Media and Sport (DCMS) committee on Tuesday, Ms Mahon said Channel 4 is one of the most innovative broadcasters in the world but added this is hard to achieve in the pursuit of profit.

The committee also heard the Channel 4 annual report was “running a little late” because the Government tried to intervene and change the wording, Ms Mahon said.

When asked if the Government is trying to rewrite the report to make privatisation more desirable, Ms Mahon added: “We provided the complete annual report on May 23 to the DCMS and there have been some delays to the normal process.

“It is fair to say that the DCMS made some comments that they would have preferred to see in the report, particularly about our future financial sustainability. They have now agreed that the report can be submitted to Parliament in the normal course without any changes. I think it is the first time adjustments had been requested.”

Returning to Davies’s speech he compared the government to a rabid “wounded dog” that “bites everyone”, he warned the audience that “the things the tories say they’ll do, they do”.

He went on: “I know I’m kind of speaking to the converted but there’s money in this room and if there’s money in a room then that means there’s tory voters in here,” Russell said to cheers from the audience.

“You are here and you’re certainly watching at home so please know you are voting for murderers, bastards, abusers and liars.”