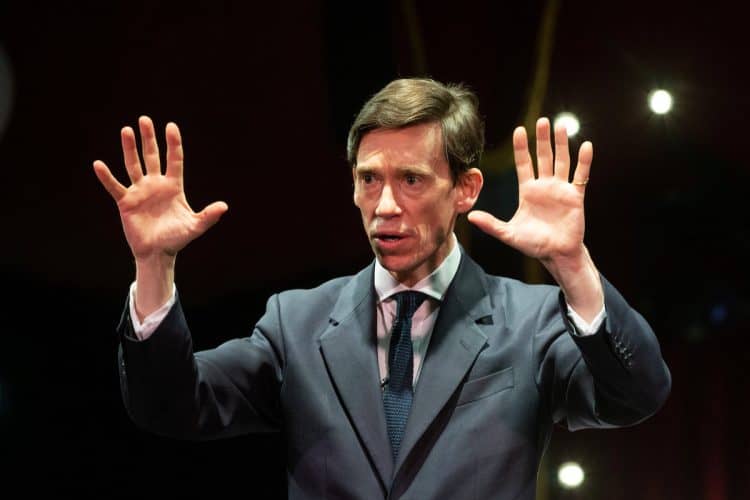 Rory Stewart has slammed the PM during BBC’s Question Time.

Stewart was challenged by GB News presenter Tom Harwood about the “mythical centre of British politics”, and presented with the suggestion “this has been a very, very centrist government”.

Stewart replied: “Not at all. I think the centre of British politics is about integrity. And in the end, the single thing that compromises everything he does is the lack of trust, the lack of integrity.”

“Politics is becoming really dismal. Very, very sadly, the opposition is much, much better at criticising than producing any positive policies of its own. I think there is a huge, vacant hole in the centre of British politics for practical, sensible politics and instead, we are going into some kind of bizarre version of Berlusconi’s Italy.

“Let’s get rid of Boris and when we do, let’s make a better British politics.”

Related: Watch: Labour MP sums up everything wrong with Boris Johnson’s Tories in under 2 mins – reaction