"Passionate, believable, articulate and dynamic. Everything Boris Johnson will never be." 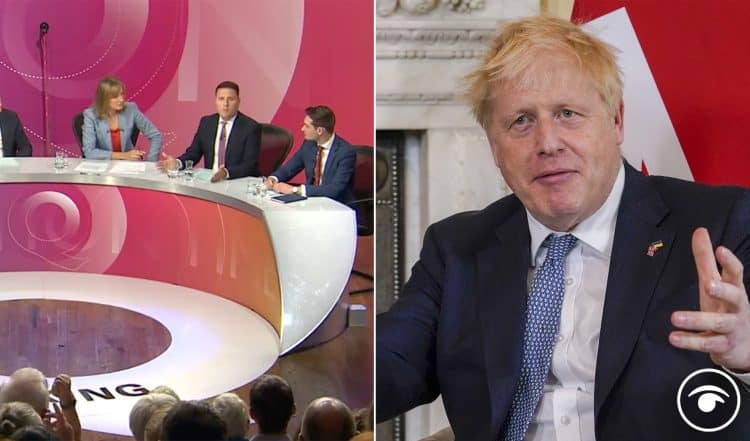 Boris Johnson has until the autumn to set out a clear Conservative vision for the future or face being ousted by his own MPs, his former Brexit minister, Lord Frost, has warned.

It comes as a Labour MP has taken down the Tories in under two mins during last night’s BBC Question Time.

Despite having survived a bruising vote of confidence on Monday, Lord Frost said the Prime Minister could not afford to ignore the “depth of opposition” he faces within his own party.

Writing in The Daily Telegraph, he said the biggest problem now facing the Government was not the issue of lockdown parties in Downing Street, but that voters did not understand what it was trying to do.

His comments came just days after 41 per cent of Johnson’s Tory colleagues declared no confidence in their leader.

Streeting said: “I don’t know what people are expecting to change. This is who Boris Johnson is. This is who he has always been and he will never change.

“And the reason why he’s able to stay on, despite losing the confidence of 40 per cent of his MPs, is because the majority of the Conservative Party’s MPs are willing to tolerate the intolerable and to defend the indefensible, and to look the other way, even as Boris Johnson bulldozes through the very basic standards of public life that every politician should abide by and every politician should be held accountable to.”

Related: Best reactions to PM’s reset speech where he babbled on about…Bananas