A snap poll on Monday afternoon revealed that 65 per cent of Brits don't accept Johnson's apology. 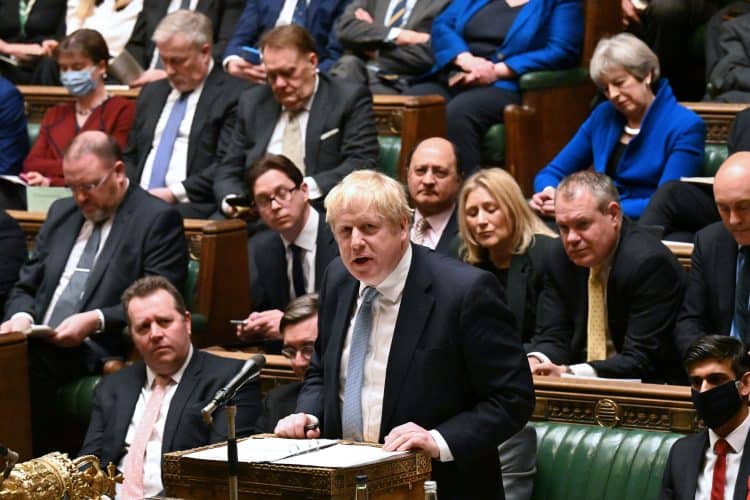 A staggering 69 per cent of Brits want Boris Johnson to resign after Sue Gray accused him of “failures of leadership and judgment” in an “update” to the Partygate investigation.

Johnson appeared to have landed a temporary reprieve from any immediate threat to his leadership as Tory MPs appeared to be satiated by promises to overhaul the operation of No 10 in response to the scandal.

Gray revealed in an “update” that of the 16 alleged gatherings she had deemed necessary to investigate, at least 12 linked to government properties in Downing Street and Whitehall were being investigated by the police.

Three alleged gatherings not previously reported were also included in the report. But the police investigation had prevented her from delivering any meaningful report as to not impact the inquiry.

Johnson told MPs in the Commons: “Firstly, I want to say sorry – and I’m sorry for the things we simply didn’t get right and also sorry for the way this matter has been handled.

He added: “I get it, and I will fix it. I want to say to the people of this country I know what the issue is.”

But voters are unimpressed, with a snap poll conducted after his Commons apology showing the depth of public fury at the scandal and the prime minister’s handling of it.

According to pollsters Savanta ComRes, 65 per cent do not accept Johnson’s apology – and as many as 69 per cent want him to resign.

In a sign of the lasting damage the scandal may have done to his premiership, 68 per cent of voters no longer trust Johnson and his government to deliver on their priorities – while 66 per cent claim he doesn’t care about the damage done.

A further 80 per cent want Johnson to publish Gray’s full, unredacted reported – a move which the prime minister belatedly agreed to on Monday evening.

It comes as former Conservative Party leader William Hague has said the Prime Minister “should be very worried” – and criticised his apology to the House of Commons.

He said Johnson had the opportunity to propose real change in response to Sue Gray’s report and squandered it.

Writing in The Times, Hague said the PM had plenty of time to craft a comprehensive and substantial response which gave his critics “pause for thought” but instead “decided to do the minimum”.

“The prime minister could have got on the front foot, advancing his position on a broader front of ensuring integrity in government,” he said.