"The story has reached a full circle - or square, as that cake clearly is..." 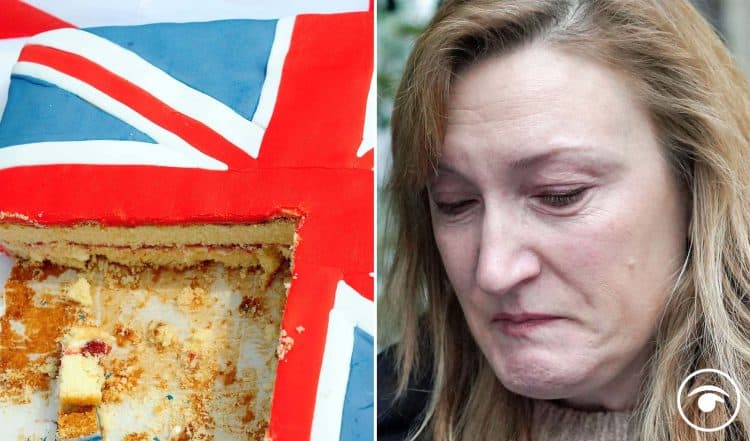 The minister who claimed Boris Johnson was “ambushed with a cake” at a birthday gathering during coronavirus restrictions has now said there was no cake and therefore the event was simply a meeting. Well one person who can’t say they didn’t is Allegra Stratton

Northern Ireland minister Conor Burns defended the Prime Minister amid reports his wife Carrie had organised a surprise birthday get together on June 19, 2020, in the Cabinet room which 30 people attended.

He told Channel 4 News earlier this week: “It was not a premeditated, organised party in that sense, that the Prime Minister himself decided to have.

But Mr Burns – who was ridiculed on social media for the comment – has now backtracked, and No 10 said it could not confirm or deny the presence of a cake while senior official Sue Gray’s investigation into the partygate saga engulfing Whitehall continues.

Mr Burns told The Telegraph’s Chopper’s Politics podcast: “I’m told under some authority, indeed from him, that there actually wasn’t a cake.”

He told the podcast the line he gave to defend the PM was “not part of a strategy” and was a “lone operation, for which I have paid a price”.

When asked what a birthday party without a cake is, he said: “A meeting.”

She was the Prime Minister’s spokeswoman, who resigned after the leaked clip emerged, offering “profound apologies” and saying she would “regret those remarks for the rest of my days”.

Well that aside a clip of Boris Johnson being “ambushed” with a cake by Allegra Stratton during a TV interview back in 2016, on the Peston’s ITV politics show, has resurfaced on social media.

Robert Peston said to Johnson: “You were telling me earlier that you’re a bit peckish so we got something for you, Allegra’s got a little present – look at that!”

Stratton then walks into the shot and places a cake on Peston’s desk and said to the PM: “So Boris Johnson, you’ve always said that we can have our cake and eat it on the EU…”