He shot back as his nickname was revealed on social media saying "Just like school, but without the imagination." 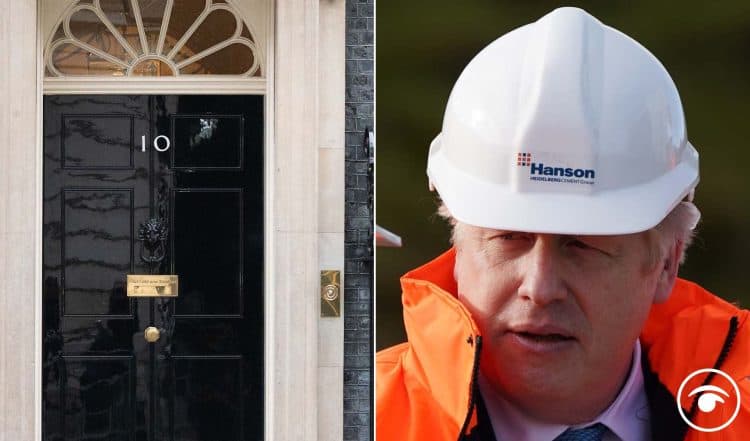 A backbench Tory MP who has been critical of the Government’s handling of the Afghanistan withdrawal has become the first to announce he intends to stand for leader if Boris Johnson is voted out.

It comes as the Prime Minister could finally get sight of the highly anticipated “partygate” inquiry report from senior civil servant Sue Gray as early as this weekend, after police insisted they had not delayed its publication.

No 10 had still not received a copy of the report into possible lockdown breaches in Downing Street and Whitehall on Saturday morning.

It is widely believed that either Chancellor Rishi Sunak or Foreign Secretary Liz Truss are frontrunners to win the top job if the Prime Minister is ousted.

But the Daily Mail reported on Friday that centrist Tories are backing ex-soldier Tom Tugendhat.

The MP for Tonbridge and Malling told Times Radio on Saturday: “I think I’m making it pretty clear that I think that it’s up to all of us to put ourselves forward. And it’s up to the electorate, in the first case parliamentary colleagues, and in the second case the party, to choose.

“Now I haven’t been canvassing support so I don’t know if I’d be able to get the first group together – you’ve got to get a group first. But if you could, of course you should have a go.”

On being Prime Minister, he said: “It would be a huge privilege. It’s one of those questions that I know many people ask and some people, some of my colleagues, are coy about and I don’t understand why.

Mr Tugendhat has previously been critical of the Government’s handling of the UK withdrawal from Afghanistan.

In December, he said there had been a “lack of leadership, urgency and adequate resourcing” in the evacuation from Kabul.

After a session of the FAC, he said: “The evidence we’ve heard today points to a lack of leadership, urgency and adequate resourcing.

“It is deeply painful how badly we have let Afghanistan down.”

As questions persist over the future of his premiership, it is understood Mr Johnson will “ramp up deterrence to avoid bloodshed” between Russia and Ukraine with a visit to the region in the coming days amid rising tensions.

The Prime Minister will also speak to Russian President Vladimir Putin over the phone.

The publication of the long-awaited Gray report into alleged lockdown-busting parties was thrown into disarray on Tuesday when Metropolitan Police Commissioner Dame Cressida Dick, who had long resisted calls to investigate, announced her officers had opened a criminal inquiry.

Scotland Yard confirmed on Friday evening that it had received the material requested from the Cabinet Office to support its investigation.

The force said officers would examine this “without fear or favour” to establish whether any rules were broken.

The Met had been criticised by legal experts and Tory MPs for urging Ms Gray to limit the publication of her investigation into allegations of lockdown-breaking parties at No 10, but the force insisted it had not delayed the report.

Commander Catherine Roper, who leads the Met’s Central Specialist Crime Command, said the timing of the document’s release was a matter for the Cabinet Office.

The PA news agency understands that Mr Johnson could receive a copy over the weekend, or in the coming week, rather than in weeks or months.

But it is understood it will comply with any police requests, meaning certain details could be excluded.

Downing Street declined to comment on the Met statement on Friday.

The Cabinet Office did not offer further comment on when the document would be published.

Ms Roper said the force had asked for “minimal reference” to be made in the report to the “relevant events”, to “protect the integrity of the police investigation” and to be “as fair as possible to those who are subject to it”.

“This will only be necessary until these matters are concluded, and is to give detectives the most reliable picture of what happened at these events. We intend to complete our investigations promptly, fairly and proportionately,” she said.

“We have not delayed this report and the timing of its release is a matter for the Cabinet Office inquiry team.”

Ms Roper said the offences under investigation, where proven, would normally result in the issuing of a fixed penalty notice.

“Should a recipient dispute the fixed penalty notice then the case will be referred back to the Met where officers will consider whether to pursue the matter in a magistrates’ court,” she said.

“As the commissioner said, we will not be giving a running commentary but we will continue to update when significant progress is made in the investigative process.”

Chief whip Mark Spencer’s nickname for him is “Tom Tugentwat”

But he shot back with: “Just like school, but without the imagination.”

Game: Can you avoid crashing the Brexit Bus