Edinburgh's streets were filled with dissenting voices on today, as protesters made their presence felt at a King Charles Proclamation event. 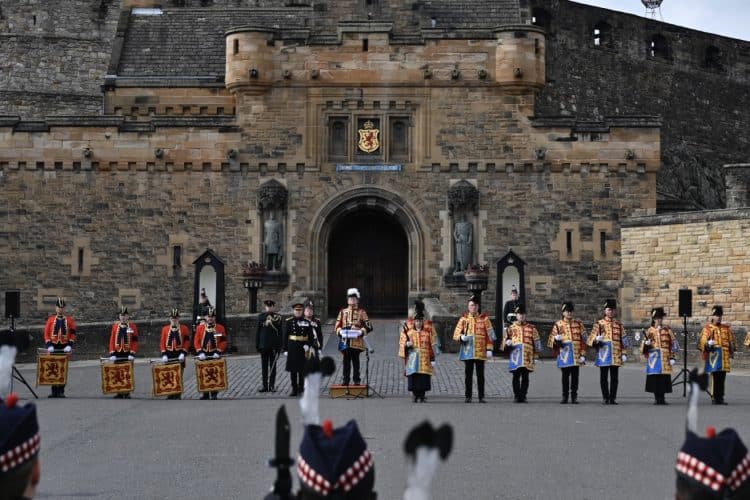 A number of anti-monarchy protesters have BOOED the Royal Proclamation in Edinburgh on Sunday. TV cameras caught the audible show of dissent, at an event where King Charles III and his ascent to throne were celebrated.

The Queen’s death, after more than 70 years on the throne, has prompted an international outpouring of grief. However, it has also opened up a debate about republicanism and the role played by the Royal Family in a modern society.

Life in some sectors of the UK has been put on hold. The entire football fixtures programme has been postponed. TV channels have switched to 24-hour coverage of The Queen’s passing, and an official bank holiday has been declared for her funeral on Monday 19 September.

Whereas Queen Elizabeth II was a well-liked monarch, the institution itself has come under fire in recent years – and these opposing views have spilled out onto the streets of Scotland. In the now-viral video clips, the boos can heard after ‘God Save The King’ was declared.

As the brass band began to play, protesters made their feelings known. News channels covering the event picked up the boos, but gave little attention to the disapproving chorus. You can see footage of the incident here:

King Charles III: How bad was the booing?

The extent of the booing has been hotly contested, though. Alexander Smith, a journalist for NBC, was actually at the scene on Sunday. He claimed that booing did take place, but also, the crowd that had gathered in the Scottish capital ‘was largely supportive’ of King Charles.

“Thousands were in hushed reverence, holding iPhones aloft at King Charles III’s proclamation outside St Giles’ Cathedral in Edinburgh. There was one shout of “up the republic”, and a smattering of boos – but tiny compared with the almost universal support.” | Alexander Smith