"Absolutely bloody brilliant, at last someone is speaking about the creeping fascism in the U.K." 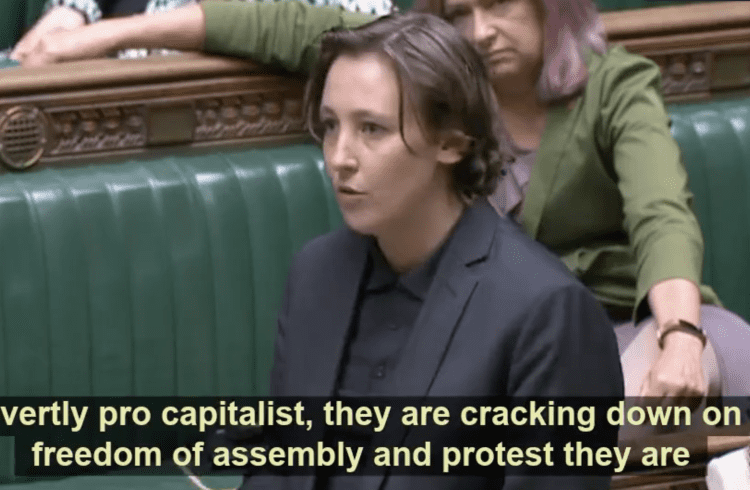 Mhairi Black’s speech about the subtle creep of fascism that’s happening in this country is a must-wacth. The video has been viewed over 300,000 times.

Black said: “It is vital we discuss the F word or we risk facing regret forever.”

The MP also slams the ‘manufactured culture war,’ as she says that fascism is not swastikas and jackboots, it is the undermining of a fair society by removing human rights.

Mhairi goes on: “This is just little England elites drunk on the memory of a British Empire that no longer exists.’

‘Fascism… It arrives under the guise of respectability and pride that will then be refused to anyone that is deemed different. It arrives through the othering of people… the normalisation of human cruelty.’

It was unrelating: “It happens when we see Governments making decisions based on self-preservation, based on cronyism, based on anything that will keep them in power, when we see the concentration of power while avoiding any of the scrutiny or responsibility that comes with that power. It arrives under the guise of respectability and pride, which will then be refused to anyone who is deemed different. It arrives through the othering of people and the normalisation of human cruelty.

“I do not know how far down that road we are. Time will tell, but the things we do in the name of economic growth—the warning signs are there for everyone else to see, whether they admit it or not.”

The video resonated with a lot of people: