When asked if the person should be named he said, “I think they should be treated in exactly the same way as anybody else." 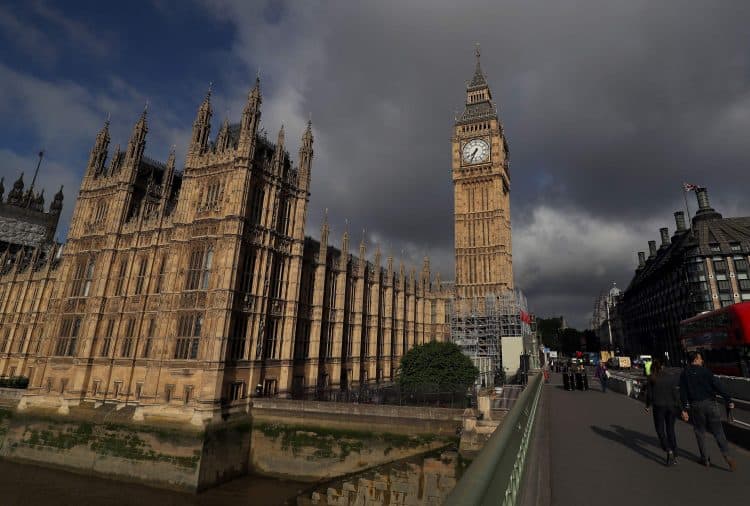 Shadow Secretary of State for Business and Industrial Strategy Jonathan Reynolds MP appeared on Good Morning Britain today and spoke about the Tory MP who has been arrested on suspicion on rape.

Host Ben Shephard asked Reynolds, ‘If it was a Labour MP, would they remove the party whip?’ and Reynolds replied, “I would hope so. I would hope they would be removed while an investigation takes place. That is essentially how most people in any major public sector job would be treated in this position.”

He added, “I just think of the victim of this crime, that have made these complaints. I’ve seen, to be frank, some unacceptable comments from Conservative MPs in response to this on social media and I think there’s a need for the government or whoever is involved in this particular allegation to take this seriously – more seriously than I think we’ve seen from some colleagues in Parliament.”

Ben then asked Reynolds if he thinks the person should be named and Reynolds said, “I think they should be treated in exactly the same way as anybody else, so I don’t necessarily think that naming them’s the question, but I think the disciplinary process should reflect what we expect in any other senior position in public life.”

On the subject of Boris Johnson accused of dithering over windfall tax amid the cost of living crisis, host Kate Garraway asked, ’Is the government right to hold back?’ And Reynolds revealed, “No, I don’t think they’re right to hold back. Every day this week, last week and almost certainly next week, we’ve got another piece of information that tells us about the scale of this crisis. I don’t know what the government is waiting for – are they waiting to find out how bad this is? Because I think we know that already.”

He added, “The thing about a windfall tax is it’s exactly that – it’s a windfall that these companies weren’t expecting and they’ve said themselves in many cases, it won’t affect investment plans and they’re still going to do very well out of these absolutely unprecedented levels of crisis, which they are then receiving the benefit of. What we’re suggesting – or what we’ve been suggesting since January now is that we use a relatively modest proportion of that windfall to secure some help for households, help for businesses and actually, that’s to the benefit of the economy over all.”

And on the new head of the police watchdog warning the cost of living crisis will lead to a surge in criminal offences – and argues crimes of poverty should be dealt with by officers using their “discretion”, Reynolds said, “I didn’t agree with the premise of the comments. I don’t think people are more prone to commit crime just because of the pressures they’re under.

“I wasn’t comfortable with the suggestion that poverty might make people behave in a less honest fashion… we shouldn’t even be having a conversation about whether, ‘Should people commit or not commit crime?’ We as a country can respond to this and we can give people the help that they need.

“The windfall tax is a good example of how you can distribute the consequences, the benefits of these record energy price rises in a way which is to the benefit of people overall.”

Good Morning Britain weekdays from 6am on ITV & ITV Hub

Related: Watch: Praise for Mhairi Black as she calls out creeping ‘fascism’ in UK