"So it's worth the money to go after benefit fraudsters but not the hell of a lot more in covid fraud," said one angry Twitter user. 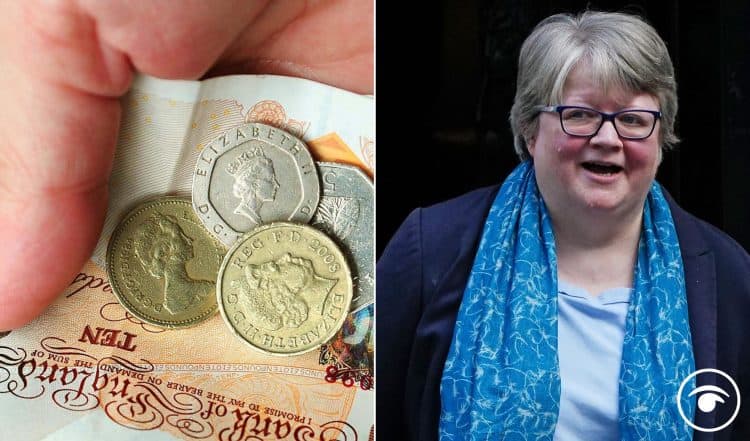 A new £600 million plan to fight benefit fraud and save the taxpayer £2 billion over the next three years is to be unveiled by the Government.

It comes back in April head of an influential group of MPs has accused the Government of using the speed of its response to the pandemic to excuse a “disregard” to how much it will cost the taxpayer.

The committee, which Dame Meg chairs, said the Department for Business Energy & Industrial Strategy (Beis) was “complacent” in preventing fraud in the Bounce Bank Loan Scheme, which funnelled billions to small companies.

“With weary inevitability we see a Government department using the speed and scale of its response to the pandemic as an excuse for complacent disregard for the cost to the taxpayer,” Dame Meg said.

“More than two years on, Beis has no long-term plans to chase overdue debt and is not focused on lower-level fraudsters who may well just walk away with billions of taxpayers’ money.

“The Committee was unpleasantly surprised to find how little Government learned from the 2008 banking crisis and even now are not at all confident that these hard lessons will be embedded for future emergencies.

“Beis must commit now to identifying what anti-fraud measures are needed at the start of any new emergency scheme so the taxpayer is better protected in future. It also needs to set out the trade-offs and what level of fraud it will tolerate at the outset.”

DWP officers will also be bolstered with new powers, including to undertake arrests, execute warrants, conduct searches and seize evidence.

A new civil penalty to ensure those who commit fraud face “adequate” punishment has also been proposed, along with increased powers to require banks to securely share data on a larger scale.

Presently, the DWP can only request data from banks on individuals it has already identified. However the new powers will allow the department to identify potentially fraudulent claims, by finding out if they have too much in savings or live abroad.

The plan, which will be published in full on Thursday, also includes powers that will improve the department’s access to information from an as yet unspecified “wider range” of organisations.

In a statement announcing the plan, Work and Pensions Secretary Therese Coffey said that the welfare system is not a “cash machine for callous criminals”.

“The welfare system is there to help the most vulnerable,” she said.

A lot of people seemed to think that this policy is missing the huge amount of covid loan money that was taken fraudulently.