Dozens of people entered the facility and appeared to damage and remove testing equipment in videos shared on social media on Wednesday. 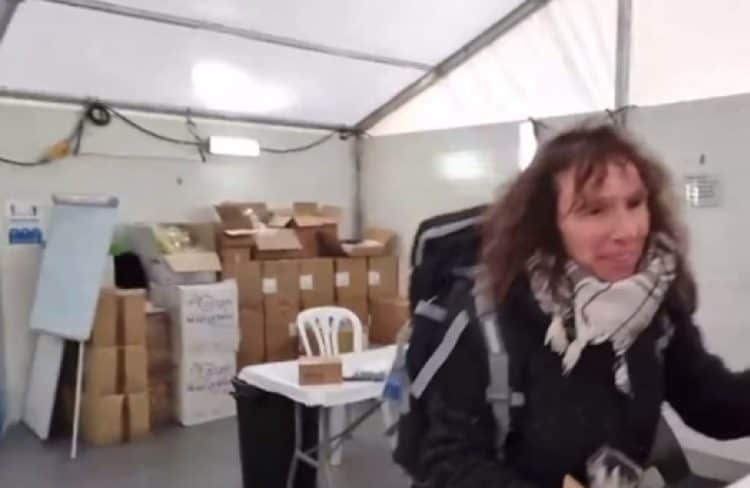 Police have released an image of a woman wanted in connection with a theft during an anti-vaccine protest at a Test and Trace centre in Milton Keynes.

Dozens of people entered the facility and appeared to damage and remove testing equipment in videos shared on social media on Wednesday.

Thames Valley Police have now shared a picture of a woman they believe may have information that could help their investigation and urged anyone who recognises her to come forward.

It comes after Home Secretary Priti Patel condemned the scenes as “completely unacceptable”, adding that police have her “full support” to take action against those involved.

Health Secretary Sajid Javid also said he was “appalled” by the “vile behaviour” of the demonstrators.

Anti-vaccine campaigner Piers Corbyn was seen speaking at the protest. He was arrested on suspicion of encouraging people to attack MPs’ offices earlier this month.

Mr Javid tweeted: “I was appalled to see Piers Corbyn and his mob threaten NHS test and trace staff who are working so hard to keep people safe.”

Sir John Bell, regius professor of medicine at Oxford University and a member of the Vaccine Task Force, told Times Radio the group were “crazy”.

He said: “That’s completely unacceptable behaviour by any standard. There are a group of crazy people who don’t want to have vaccines and who you’ll never persuade to have vaccines, and as far as I’m concerned, good luck to them.”

Chief Inspector Graham Hadley, of Thames Valley Police, said on Thursday: “We are carrying out a thorough investigation into the protest that happened yesterday.

“As part of our inquiries, we believe the woman pictured may have information that could help our investigation.”

Police are also appealing for witnesses to the incident, and anyone who has information or video footage can report it online or by calling 101, quoting reference 43210583457.

Anyone who wishes to remain anonymous can contact Crimestoppers on 0800 555 111.