'What the actual f*ck?" wrote one person on Twitter. 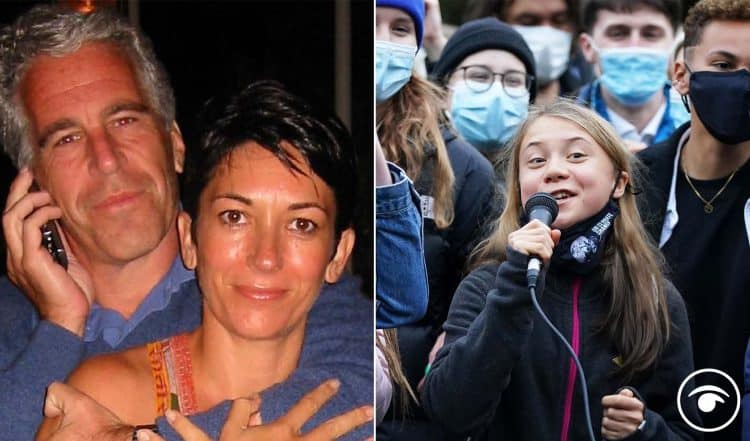 Jan Moir decided to share her thoughts on the Maxwell crimes and verdict, via the Daily Mail.

As we now know “Predator” Ghislaine Maxwell has been convicted of luring young girls to massage rooms for disgraced financier Jeffrey Epstein to molest.

The 60-year-old British socialite, who was labelled “dangerous” by the prosecution during her three-week trial, helped entice vulnerable teenagers to Epstein’s various properties for him to sexually abuse between 1994 and 2004.

But is there any sympathy from the writer for Maxwell? Generally, Ghislaine is criticised but there were a few moments.

She wrote: “A victim admitted in court she was 18 when Maxwell coaxed her into a schoolgirl outfit ‘to please Jeffrey’.

“One Epstein accuser, who attended court but was not part of the trial, was 21 and working in a Manhattan department store when Maxwell ‘groomed’ her — and then for three years, she, Maxwell and Epstein became an occasional throuple.

“I excuse Maxwell for nothing, but one has to wonder what is deemed sexual abuse and what is a consensual adult relationship, later regretted and perhaps even harvested for financial gain.”

Later on she writes: “Is it wrong to hope for a little perspective? Ghislaine Maxwell is guilty of terrible crimes — but she is not Myra Hindley.”

The age of enlightenment?

But it was a shorter article linked to the story that raised more than a few eyebrows.

She wrote: “The youngest victim in the Epstein/Maxwell scandal was 14, and most were in their mid to late teens. Which makes me wonder, at what age does someone move from child-victim status into a person who is responsible for their own actions?

“When she was 15, Greta Thunberg began the school strikes and public speeches, which made her an internationally recognised climate activist.

“Detractors said the teen had been brainwashed by adults in pursuit of their own causes, while her supporters claimed she was an intelligent campaigner perfectly capable of making her own informed decisions.

“Shamima Begum (pictured) was the same age (15) when she travelled 3,000 miles from London to Syria to become an Isis bride.

“Her supporters say she was radicalised by adults, while her detractors claim she was an independent crusader, emotionally qualified to make her own choices.

“You cannot be both enlightened and misguided at the same time, whatever your age.”

Well this section of the piece really didn’t go down well.