"Confirms my views about the inadequacy of education provision at Eton," wrote one Twitter user. 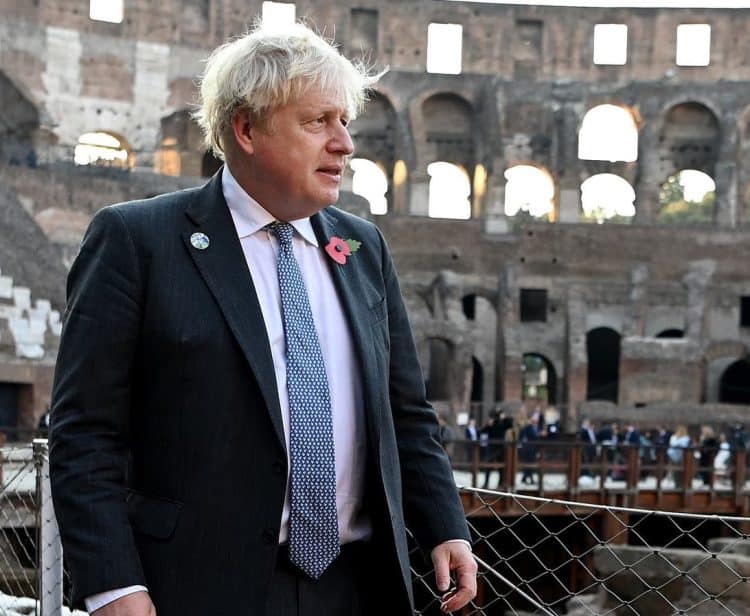 Speaking to reporters on his way to the G20 summit, the PM used the example of the collapse of the Roman empire to highlight what he said was the possibility of runaway climate change bringing a decline in civilisation.

However, he has faced criticism himself for his own inaction over tackling emissions.

At last week’s budget, he again froze fuel duty, and cut levies on shorter, domestic flights, but he arrived in Rome bearing a blunt message for fellow G20 leaders.

Asked whether the cut to passenger duty had undermined his climate crisis message, the PM rejected this.

“We increased air passenger duty for long-haul flights, 96% of CO2 emissions come from long haul flights,” he told Channel 4 News. “What we will do is ensuring we have proper connectivity in the islands of the United Kingdom, which is an entirely sensible thing to do.”

He also told Channel 4 News: “If you increase the temperatures of the planet by four degrees or more, as they are predicted to do remorselessly, you’ll have seen the graphs, then you produce these really very difficult geopolitical events.”

“You produce shortages, you produce desertification, habitat loss, movements, contests for water, for food, huge movements of peoples. Those are things that are going to be politically very, very difficult to control.”

However, his next comments were baffling…

“When the Roman empire fell, it was largely as a result of uncontrolled immigration. The empire could no longer control its borders, people came in from the east, all over the place, and we went into a dark ages, Europe went into a dark ages that lasted a very long time. The point of that is to say it can happen again. People should not be so conceited as to imagine that history is a one-way ratchet.

“Unless you can make sure next week at Cop in Glasgow that we keep alive this prospect of restricting the growth in the temperature of the planet then we really face a real problem for humanity.”

Well the Sunday Express seemed to like what he spouted but a lot of other people were left scratching their heads at his comments.