'Apparently, almost 40% of us enjoy living in a country full of sh*t!' wrote on Twitter user. 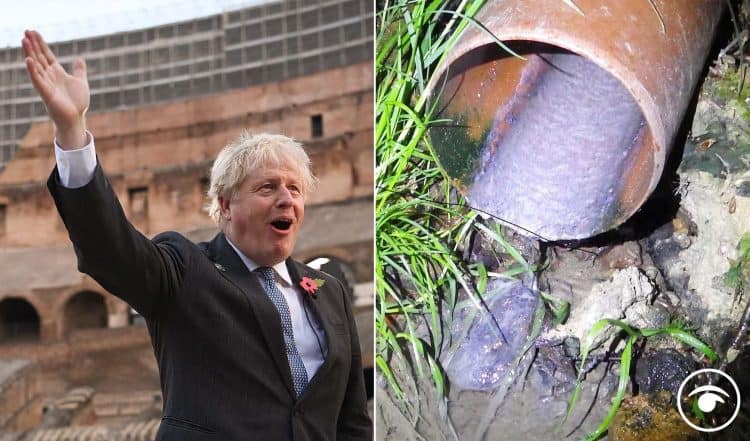 Last week the House of Lords forced a climbdown by the Government over the dumping of raw sewage in rivers and the sea.

The House of Lords backed by 213 votes to 60, majority 153, a proposal to place a new legal duty on water companies to “take all reasonable steps” to prevent sewage discharges.

This will enable the Environment Bill to be sent back to the Commons where the Government will table its own amendment.

It will put a legal duty on the utility firms to “secure a progressive reduction in the adverse impacts of discharges from storm overflows”.

It only comes after campaigners, including Surfers Against Sewage, said they were disappointed that 268 MPs – against 204 – disagreed with proposals to amend the Environment bill.

Now there is a lot of, well shit, you could throw at the government about how it is running the country. And, yes you could argue the other side and, that had been reflected in the polls.

However, you would think we could come together as a nation and agree that pumping human poo into the sea and not our beaches is a real voter turn off?

Well not according to this YouGov poll. During Sewagegate the Tories extended their lead 2 per cent to 39 per cent.

A whiff of desperation must be seeping through Labour HQ.

Related: Watch: PM ridiculed over comments about immigration and fall of Rome