'As we are returning to the glorious days of imperial measurements, we no longer use “crate”, the correct term is “suitcase,”' wrote one person. 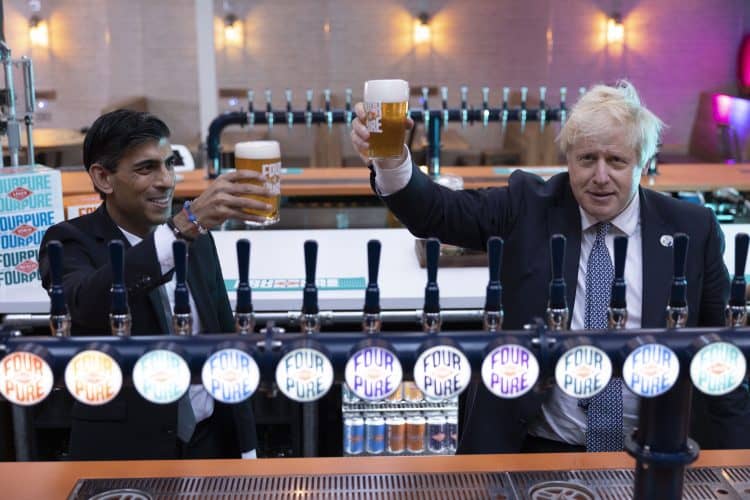 A watchdog chief has said people must be reassured of “decent standards” in Government, as a senior Cabinet minister told Tory MPs pushing for the Prime Minister to resign to “forget it”.

Lord Evans of Weardale, chairman of the independent Committee on Standards in Public Life, said “you’ve got to raise questions” in light of recent events, including the partygate scandal, with “a lot of public disquiet about standards over the last six months”.

It comes as crates of Prosecco were seen being brought into the Cabinet office yesterday afternoon.

Then today Micheal Fabricant tweeted that partygate was all ok as his French mates said it was ok.

The Cabinet Office said the delivery was a ‘genuine mistake’ and would be taken off-site.

Louis Degenhardt tweeted the video and wrote: ‘Here we are — crates of prosecco arriving at the Cabinet Office this afternoon “Heavy”’

He then tweeted: “UPDATE: Cabinet office say an order was mistakenly placed for delivery to Cabinet Office instead of another non-government address. Prosecco “being taken offsite and will not be consumed on the premises.”