"They're going from claiming it was all a load of scaremongering, Remoaner, Project Fear nonsense to claiming that everybody knew that this was going to happen." 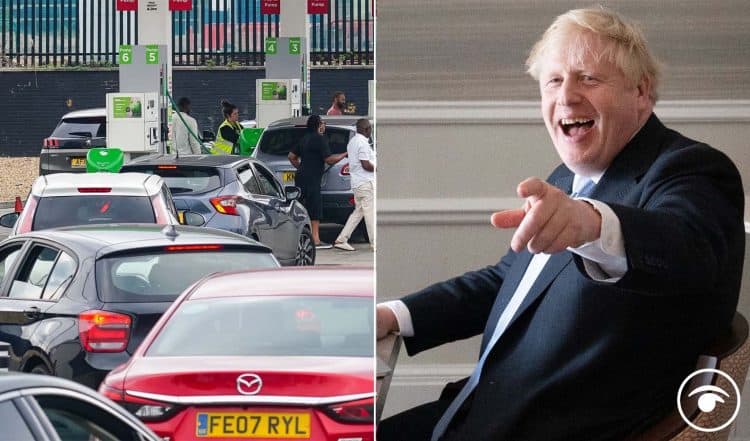 Project Fear wasn’t project fear,it turns out it was all part of the plan.

This is the government’s new take on the dire situation the UK finds itself in, according to LBC’s James O’Brien.

It comes as the UK’s Brexit minister has reminded France of the need to be “proportionate” over a fishing wrangle after it threatened to cut off Britain’s imported energy supply.

Lord Frost hit back at the energy warning by arguing it was “unreasonable” to suggest the UK was acting in bad faith when it came to allocating post-Brexit fishing licences to French boats, instead saying London had been “extremely generous” to European Union requests.

The comments come after France’s Europe minister Clement Beaune said on Tuesday it would “take European or national measures to exert pressure on the UK” after Paris became riled by a series of application rejections to fish in British waters.

Lord Frost accused France of being disingenuous over the UK’s position on fishing access.

He told a Conservative Party conference fringe event: “We have granted 98% of the licence applications from EU boats to fish in our waters according to the different criteria in the Trade and Co-operation Agreement, so we do not accept that we are not abiding by that agreement.

“We have been extremely generous and the French, focusing in on a small category of boats and claiming we have behaved unreasonably, I think is not really a fair reflection of the efforts we have made.”

James said: “People who told you that all of the predictions of what is happening now… were actually right, but the people who said they were wrong are now claiming they knew this was going to happen all along.”

He continued: “‘Project Fear’ described labour shortages and possible threats to the supply chain of food, the possibility, of empty shelves in supermarket..and big problems with things like farming, agriculture, slaughtering, and butchery, all of the things that are now really happening.

“The point was, everybody who warned that this was going to happen was shouted down by the people who are now in power.

“What do the people now in power do when the stuff they said was never going to happen starts happening?

“And now almost before your very eyes, they’re saying no no, they were right all along. But this was always part of our plan.

“That’s what they’re doing to you now, led by Boris Johnson, Jacob Rees-Mogg and the rest of them. Getting away with it, not properly held to account for it, not properly even questioned about it.

“If businesses aren’t ready to deal with all the things we told business were not going to happen then that is the fault of businesses. They should have known we were wrong. That is the message from Government.”

He again stated: “The message that Downing Street is giving those businesses is: it’s your fault for not being ready to deal with all the things we told you wouldn’t happen.”

Related: Kirstie Allsop ran out of fuel and sympathy was in short supply