Dorries has loved F1 "ever since she saw Torvill & Dean win gold at Sarajevo", one scamp tweeted. 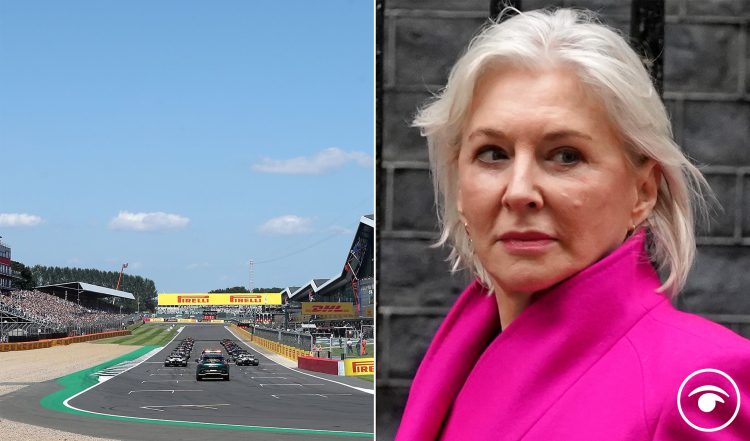 It was only last week that culture secretary Nadine Dorries confused the two rugby codes in a speech at a Rugby League World Cup event in St Helens.

“I’ve always quite liked the idea of rugby league,” Dorries said in her speech.

And to think she is literally the minister for sport!

By the looks of it, her opinion on F1 wasn’t needed either.

Presenter and former F1 driver Martin Brundle was walking through the crows during his customary grid walk before the British Grand Prix, which was eventually won by Spaniard Carlos Sainz.

Brundle typically likes to get hold of various celebrities and important people for a quick chat.

On Sunday he chatted to Tom Cruise and Stormzy.

But as he walked through the throng looking for some more big names to chat to, he appears to walk straight past our esteemed Secretary of State for Digital, Culture, Media and Sport.

It looks, quite a lot, like he blanked her.

She was quite important, yes really, as she gave the trophy to the winner after the race!