"More people need to speak out like this brave woman," wrote one person praising the MP for her bravery on naming names. 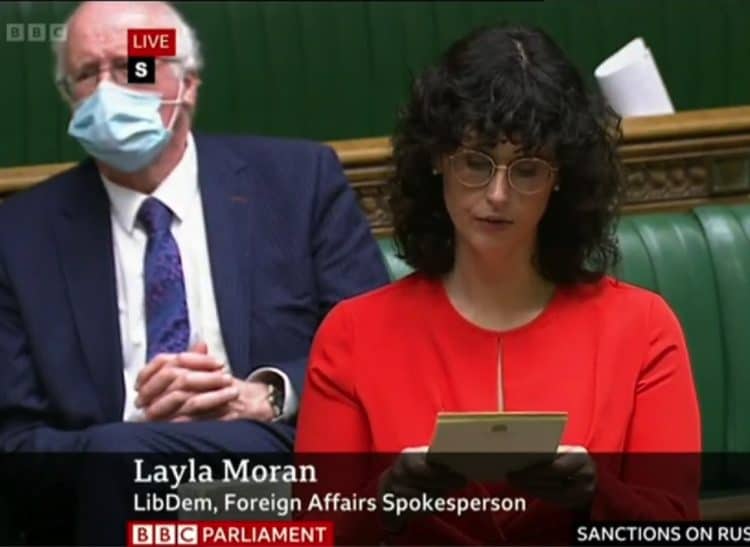 An MP has used parliamentary privilege to name the Russian oligarchs she would like to see hit with heavy sanctions.

She told the House: “Boris Johnson should use the almost £2 million of Russian-linked donations received by the Conservative Party to support the people of Ukraine.

“This would send a powerful signal to Putin that the Conservatives are serious about no longer allowing themselves to be bankrolled by Russian money.

“It would also provide vital support to Ukrainians on the ground facing the threat of invasion and a sustained campaign of Russian disinformation.

“Europe is taking steps to wean itself off Russian gas, but so far Boris Johnson is failing to wean the Tory party off Russian money. It’s time for the Conservatives to put their money where their mouth is.”

Roman Abramovich was in the firing line in Parliament last night. Others facing calls to be targeted include oil tycoon Oleg Deripaska, once Russia’s richest man, who is reported to have two homes in Belgravia.

Mikhail Fridman, worth some £10 billion, calls Britain his home after buying Athlone House in North London for £65 million in 2016.

Here are some of the people who could be sanctioned and their estimated net worth.

Roman Abramovich: Worth up to £14.3 billion