“We’re in the middle of a pandemic in the middle of winter, it genuinely feels like this government is now not only failing to help us but is actively working against us to inflict harm on its own citizens.” 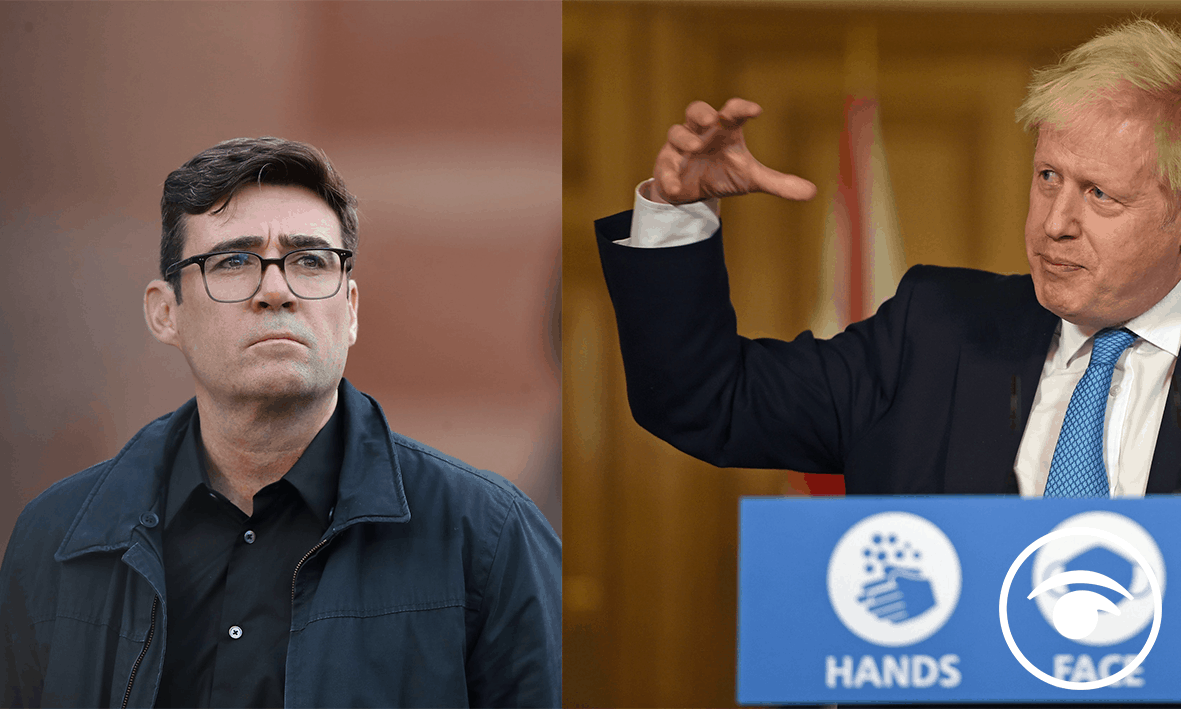 It is safe to say that Lisa Nandy is fuming with the Government. This morning, she told Sky News that she had warned the Health Secretary that people would be made homeless if the government didn’t come forward with a financial package.

The anger at the Tier three lockdown in Greater Manchester comes as South Yorkshire will be next region placed into Tier 3 coronavirus restrictions, the Sheffield City Region mayor has announced.

Dan Jarvis said: “Following extensive discussions with ministers, local council leaders and I have agreed with Government that South Yorkshire will move into Tier 3, the ‘very high’ alert level for coronavirus restrictions.”

He said the restrictions, which will cover around 1.4 million people in Barnsley, Doncaster, Rotherham and Sheffield, will come into force on Saturday morning.

Jarvis said: “The character and grit of people in South Yorkshire will be needed in abundance to help us get through what will be an incredibly challenging period.”

“Our NHS staff have worked tirelessly throughout this pandemic to keep us all safe. We owe it to them to ease the pressure ahead of the toughest winter our health service will ever face. I know people will step up and do their bit.”

Last night the Lisa Nandy took to Twitter to explain how furious she was at the Government’s Covid response in the Greater Manchester area.

She Tweeted: “In ten years in Parliament I’ve never seen anything like this. MPs are on a call with the Health Secretary being told Greater Manchester is getting only £22m while our Mayor is at a press conference being told by the media. This is bad faith, it’s immoral – just disgraceful.”

She then followed that up saying: “In ten years in Parliament I’ve never seen anything like this. MPs are on a call with the Health Secretary being told Greater Manchester is getting only £22m while our Mayor is at a press conference being told by the media. This is bad faith, it’s immoral – just disgraceful.”

Today Nandy told Sky News that Greater Manchester MPs were told on Tuesday there would be no more money for the region after the mayor rejected the offer of £60 million.

“No extra money so far has been pledged for us, we’ve been in lockdown restrictions since the end of July,” Nandy said.

“Many of our businesses are on their knees, our minimum wage workers have wracked up significant amounts of debt.

“When I said to Matt Hancock yesterday that if they didn’t come forward with a financial package people would end up being made homeless – they haven’t halted evictions like they did in the national lockdown – he didn’t dispute that.

“We’re in the middle of a pandemic in the middle of winter, it genuinely feels like this government is now not only failing to help us but is actively working against us to inflict harm on its own citizens.”

She added: “I just think this is absolutely bizarre from the government.

“From day one there’s been an attack on the Labour party and particularly Andy Burnham who ministers seem weirdly obsessed by in all of this.

“On the call last night, Matt Hancock spent the first five minutes of a 25 minute call having a go at Andy Burnham which, to be honest, didn’t go down well at all with his Conservative colleagues.

“What they fail to realise is the anger is real here. It’s across the board now and you’ve got Conservative MPs who are far more critical of the Government than I’ve been .”